Legendary Queensland newsreader Frank Warrick, who detailed news stories every night for 13-years has passed away.

Frank passed peacefully at 4.50 am this morning surrounded by his family, following a 5-year battle with dementia.

A move to weekdays would follow, where he would eventually co-present the news with Kay McGrath, until 2001. 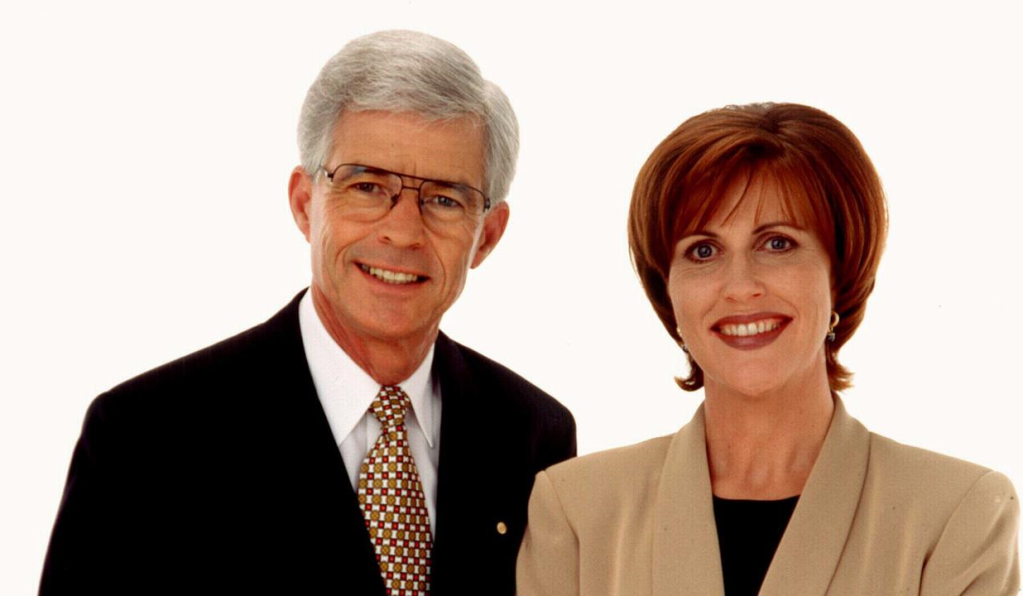 “My sincere condolences to Frank’s wife Lyn and family. We had a very successful 13 year on air relationship during the 80’s and 90’s when 6pm news was a ritual for viewers.

“Live TV can be a challenging environment at times, but we always had each other’s backs. Frank was the consummate professional – I never saw him fazed or flustered on air.  He taught me a lot and I’m very saddened to hear he’s left ‘this world around us.”

Our thoughts go out to Frank’s family and friends, rest in peace.