Two Australians on a quarantined cruise ship off Japan have contracted Coronavirus as more evacuees head for Christmas Island.

The pair were among 10 people who tested positive for the virus aboard the Diamond Princess and have been taken off the boat to local hospitals.

Japan has quarantined the vessel carrying 223 Australians among its 2666 guests and 1045 crew at Yokohama, south of Tokyo.

The Australian government is monitoring the other Australians on board.

It comes as the fourth Chinese tourist from the same tour group travelling in Australia from Wuhan was confirmed on Wednesday to have the virus. 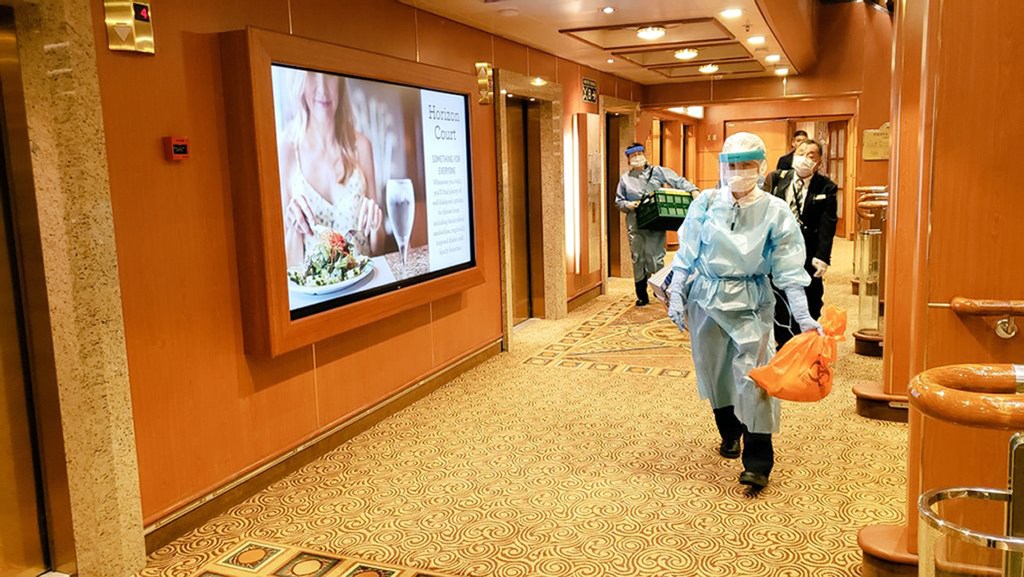 The 37-year-old Chinese man and an eight-year-old boy are the latest members of the group from the virus epicentre to test positive, joining a 44-year-old man and 42-year-old woman being treated at Gold Coast University hospital.

Australia has confirmed 14 coronavirus cases and of these, three people have recovered and been released.

There are now three confirmed cases in Queensland, four each in NSW and Victoria and two in South Australia.

Meanwhile, 35 Australian citizens and permanent residents stranded in Wuhan left the city on Wednesday on an Air New Zealand flight evacuating 98 Kiwis and a number of others to Auckland.

After landing in Auckland on Wednesday evening, the Australian citizens will be transferred by charter plane back across Australia to Christmas Island to join 241 other evacuees in quarantine for up to 14 days.

The chartered flight will stop in Brisbane for a crew change with passengers not allowed off the tarmac.

They are the second group flown from Wuhan with the first arriving at Christmas Island on Monday after being evacuated on a Qantas flight.

So far, there have been no confirmed cases of coronavirus infection among the men, women and children already on Christmas Island.

As authorities scramble to contain the virus, Prime Minister Scott Morrison says he “respectfully disagrees” with China’s embassy over complaints about an inbound travel ban and its bid for locked out Chinese travellers to be compensated.

“There’s a global virus and we are seeking to contain the virus,” the prime minister told reporters on Wednesday.

“That’s regrettable but you have to put Australia’s national interests first.”

China’s deputy ambassador to Australia had criticised an apparent lack of consultation or advanced notice on the travel ban.

Globally, more than 490 people – mostly Chinese citizens – have died from the virus and the number of confirmed cases stands at more than 24,000.