A woman went into labour and gave birth to a healthy baby boy during a Metallica concert in Brazil over the weekend.

Tattoo artist Joice M. Figueiró shared the experience via Instagram in a series of posts that went on to be shared by Metallica’s official account.

“At every show I go to, something has to happen, but this time I think I’ve outdone myself,” she wrote. 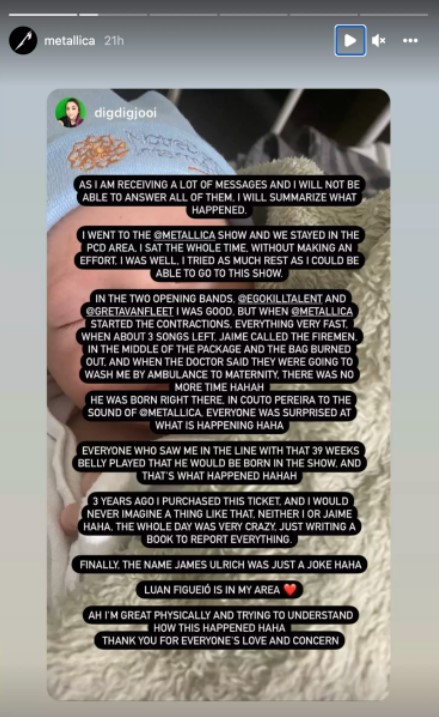 Figueiró, who originally bought her ticket three years ago, was 39 weeks pregnant when she took her seat in the accessible section of the stadium. She says other concertgoers saw her pregnant belly in line and joked that her baby would be born during the show, but she didn’t think it would be exactly what would happen.

She said she felt comfortable during the two opening bands, she began having contractions after Metallica took the stage. As the band neared the end of its set, her water broke and her partner Jaime called for help. Paramedics responded but quickly realised they would not have time to get her to a hospital before she gave birth.

Joice added a thank you to all of the people who have sent her messages over the past few days. She says she appreciates “everyone’s love and concern” and is doing “great physically.”

“The whole day was very crazy,” she said. 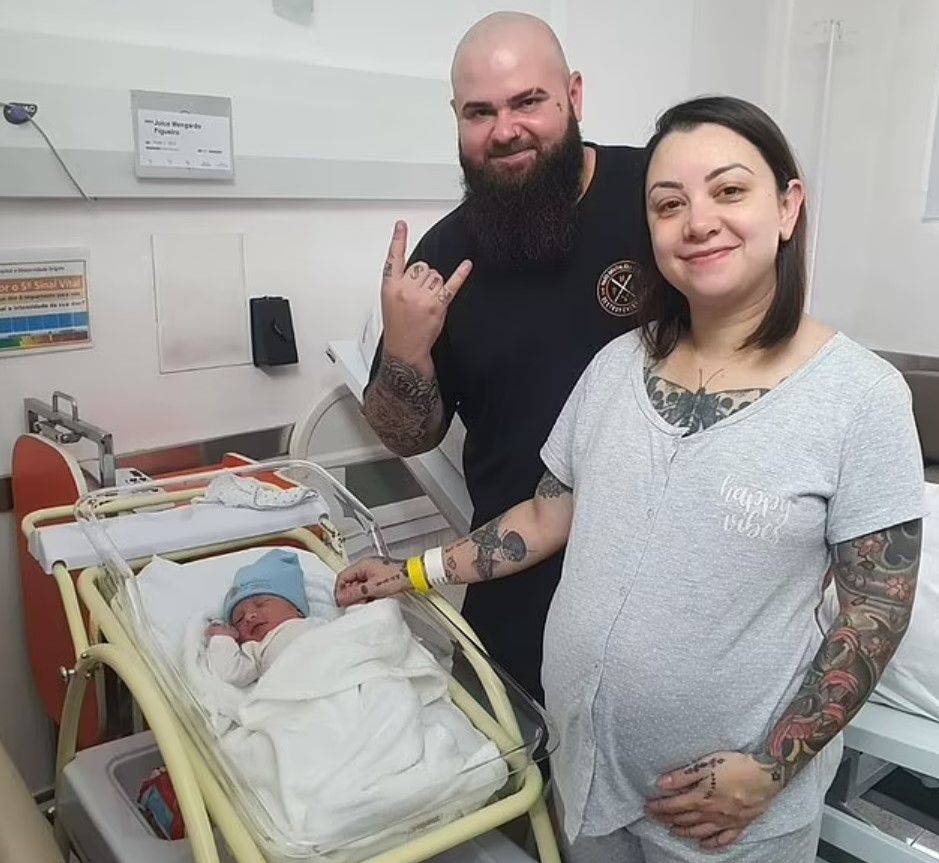