The classic Converse All-Star Chuck Taylor is hard to improve on.

But, while this will get sneakerheads frothing, its rock guitarists that designers had in mind.

An idea was originally conceived in 2013 by design agency Critical Mass who wanted to “make Chucks even more rock and roll”.

So they decided to turn one into a Wah-wah pedal.

Their prototype could detect how much someone flexed their foot by using a ‘flex sensor’ embedded into the sole of the sneaker, which in turn, interpreted the right amount of wah.

Wearers would only need to move their foot the same way as when using a traditional Wah pedal.

Thirteen axe-players got to try out original prototype out on-stage, which at the time still needed plugging in.

It wasn’t long before wearable technology brand Cute Circuit took the idea further into the 21st Century by making it completely wireless.

Their version communicates wirelessly via Bluetooth to the Wah Box. 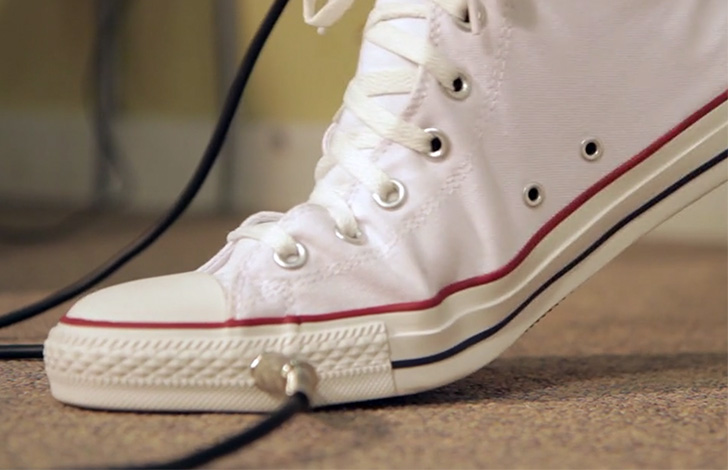 The sneaker pays homage to the original All-Star sneaker and Chet Atkins, the first guitarist to use a Wah-wah pedal, by being named the Converse Chet Atkins All-Wah.

But before you start lining up outside Highs & Lows for a pair, there is no indication of when – or even if – the All-Wah will be made available to the public.