An incredibly brave mother in the UK is set to risk her life by donating two of her organs to her sick four-year-old son.

Sarah Lamont, 36, will give a third of her liver and a kidney to her son, Joe, who could die at any time without them. She will be only the fifth Briton in 20-years to become a double donor.

Young Joe was born with a rare kidney condition known as autosomal recessive polycystic kidney disease, which ­destroyed his kidney function at birth. Doctors didn’t expect him to survive.

Joe beat the odds but has had a number of heartbreaking illnesses in his short life and has been on the waiting list for combined liver and kidney transplants for two-years.

“Joe has advanced liver disease and we are running out of time. If you go into complete liver failure there is no way you can stay alive.” said Sarah.

“I wasn’t prepared to wait and wait and lose him. He is so precious I couldn’t bear life without him.” she told Sunday People.

“The liver is the priority because that will be life-saving, but then I will give him a kidney because I don’t want him having to wait any longer.”

According to experts, the most risky of the two operations will be the liver retrieval which carries a one in 250 risk of death. 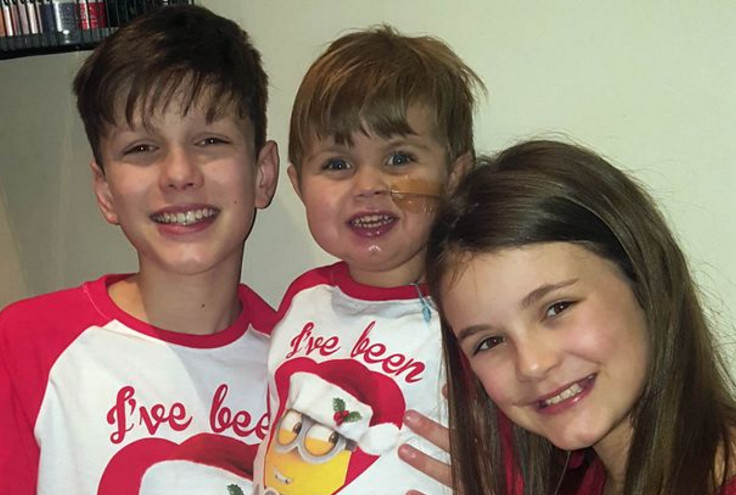 (Joe with his brother and sister. Image: Mirror)

Doctors plan to do the liver transplant on January 25, and the kidney operation will follow later when both Sarah and Joe have recovered from the first operation.

“If anything goes wrong for me I know I will die knowing I saved my son” she said.

We wish this incredible mum and her precious little boy good luck for their upcoming operations.

What Kylie Got Her Nieces For Christmas Is Beyond Ridiculous

Can You See What Is Wrong With This Photo Of Beachgoers?

Thought Dr Pimple Popper Was Gross? Wait Till You See This!