Let’s be honest, having to remember to take a pill every single morning, just for the sake of contraception isn’t an enjoyable task, especially with the pressure that this is the only thing preventing pregnancies!

It is particularly stressful when you forget or miss a pill… however, there has never been the possibility of a male contraceptive pill as a backup or alternative, until now!

Up until recently, the only options for male contraception were condoms, pulling out, or more invasive procedures like vasectomies.

However researchers at the University of Minnesota believe they are on the verge of a new breakthrough option for men that could come in pill form.

“The research on hormonal methods of male birth control involving testosterone has been going on for decades but nothing has come to market. We’re not focusing on non-hormonal approaches”.

The team is working on non-hormonal options because testosterone reportedly doesn’t work in up to 20 percent of men and comes with side effects like weight gain and a decrease in good cholesterol.

In order to be put on the market, the pill will have to be capable of being affective ‘fairly quickly’, not diminish the sex drive and be safe if used over long periods of time.

The teams ultimate goal is to create an easy option of birth control for men so that some of the burden of contraception can be shifted off women who don’t enjoy taking the pill or can’t take it for various reasons. 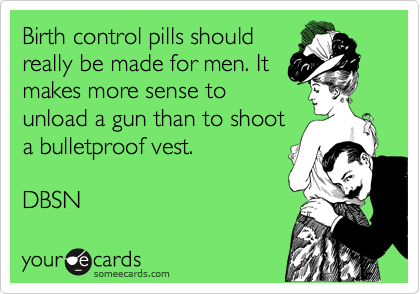