Summer time and living a healthy, active-lifestyle go hand-in-hand. however winter time is a whole other story – half your workplace has been off sick over the past few weeks, it’s dark and cold outside, SO warm, hearty meals are at the top of the weekly dinner menu. However eating healthy and nutritious foods is just as important come winter time.

Here are five foods you should be eating to boost your health during winter:

Extremely underrated, legumes are a versatile and affordable source of nutrients. With tinned varieties priced at less than a $1 a can, you can’t really afford not to be adding them to your meals. Varieties such as lentils, chickpeas, red kidney beans and butter beans are filling, low in fat and are a great source of fibre, folate and antioxidants.

– The possibilities are almost endless – add lentils to bulk up bolognese sauces, casseroles and soups.

– Cook onion, mince, diced zucchini and taco seasoning with lentils and scoop into prepared capsicums then top with cheese and put in the oven at about 180C until cheese is golden and capsicums have softened.

– Make a tasty vegetarian mousaka by first cooking lentils and chickpeas with onion, a tin of diced tomatoes and a sprinkling of dried herbs and then grilling thinly slice eggplant. Layer eggplant and tomato mixture then remaining eggplant in a deep oven dish. In a microwavable jug, add low fat ricotta and couple of tablespoons of water and microwave for about 30-60 seconds. Mix with a fork to create a creamy sauce and top over the eggplant. Add some grated cheese and place in the oven at about 200 degrees until eggplant has softened and the top has browned. 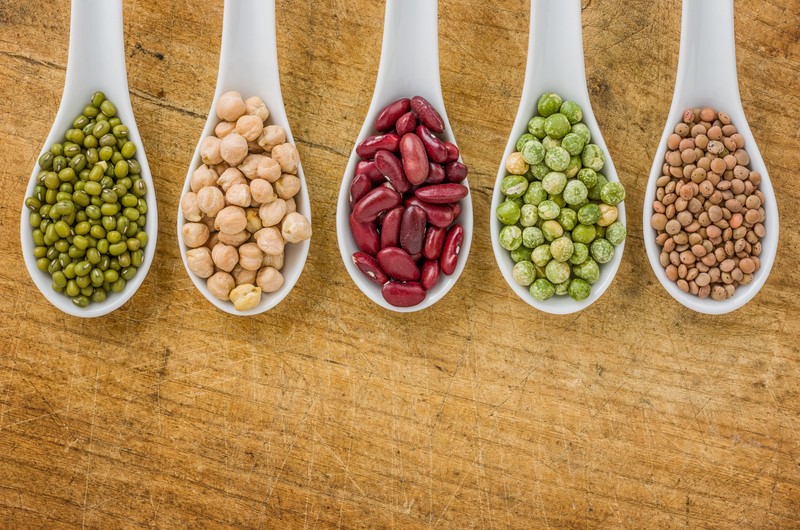 Legumes are an affordable source of nutrients [Source: Dreamstime]

Low in calories and sodium as well as fat-free and cholesterol-free, mushrooms are a punchy addition of nutrients to any dish. Packed with antioxidants like selenium, potassium, vitamin D, niacin and more, mushrooms are excellent for strengthening the immune system as well as helping to protect the body’s cells.

– Add enoki mushrooms to a stir-fry for a noodle-like texture.

– Use large flat portobello mushrooms and remove the stalks and chop up, putting aside for later use. Cook quinoa as per instructions to make about two cups. Dice an onion and fry in a pan until golden, add a couple of diced garlic cloves and the mushroom stalks and cook until softened. Add the cooked quinoa, about a cup of chicken stock, a dash of white wine, chopped baby spinach and some grated parmesan cheese. Season with salt and pepper to taste. Place portobellos on a sheet of foil on an over tray, top with quinoa risotto and place in the oven until mushrooms are soft and tops are golden. 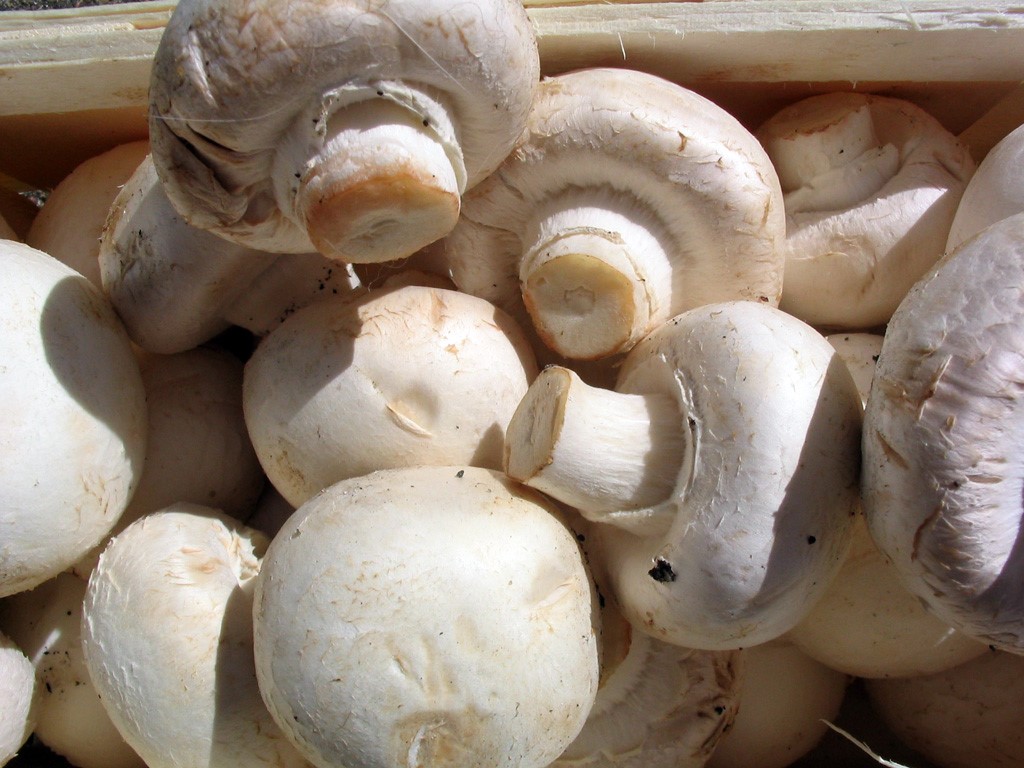 People often think mushrooms lack nutrition due to their colour however they are packed with antioxidants. [Source: Wikipedia]

By now, the use of garlic to boost your immune system and ward off bacteria and viruses, should be common knowledge. But in case you forgot, garlic is an incredibly nutritious and flavoursome addition to an abundance of savoury dishes. Low in calories, garlic contains maganese, vitamin B6, vitamin C, selenium and fibre. It’s also been linked to reducing blood pressure and lowering cholesterol.

– In everything – use it to flavour pasta sauces, casseroles, soups and stews.

– Mix a small amount of minced garlic with lemon juice and olive oil for a simple yet tasty salad dressing.

– Simply roast garlic cloves with the tops removed with other vegetables and serve with meat. 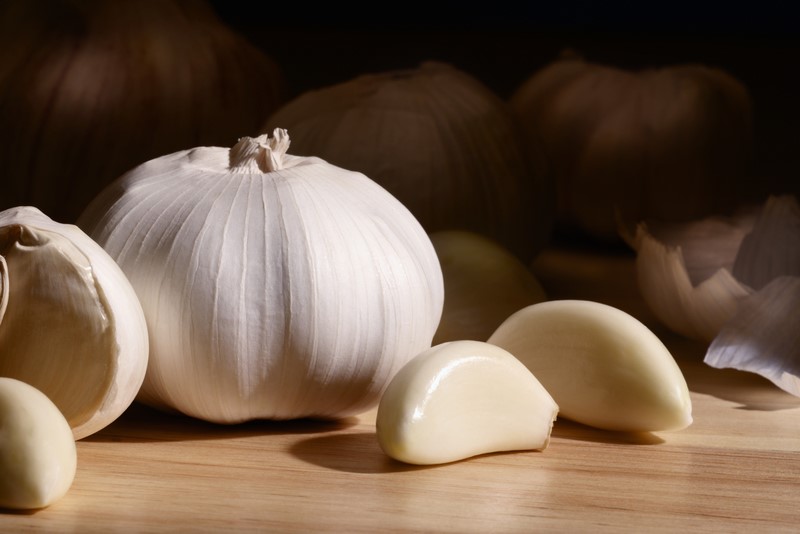 Garlic is a great immune booster as well as wards off bacteria and viruses. [Source: Dreamstime]

Fish definitely feels more like it’s a summer time food. It’s light and perfect for teaming with salads but it should definitely still be on your winter menu.  Salmon and tuna are a great source of omega-3s but also vitamin D which is a great immune system booster.

– Oven bake salmon fillets topped with a little chopped garlic and spring onions and a sprinkle of pepper and serve with some avocado slices, steamed green vegetables and half a cup of rice, brown rice or quinoa.

– Tuna steaks can be easily used in place of beef steak. Season with a little salt and pepper and sear in a frypan or on a barbecue to about rare to medium. Serve with steamed or grilled vegetables.

– For a tasty family meal, take a medium-sized cauliflower and roughly chop. Place in a saucepan and add low-fat milk until it just covers the cauliflower. Simmer until cauliflower softens. Chop onion and some garlic and cook in a frypan, add a diced carrot and let soften, then add about half a cup of fresh or frozen corn kernels and about half a cup of vegetable stock – let reduce down. In the meantime, carefully blitz the cooked cauliflower in a blender or with a stick blender until it makes a creamy smooth sauce. Add the cauliflower sauce to the onion and stock mix along with a couple of handfuls of baby spinach and stir through, flavour with a teaspoon of wholegrain mustard and a sprinkle of pepper and paprika. Drain a large can of tuna in springwater and stir into the white sauce until heated through. Place in an oven dish and top with a ripped up wholegrain bread roll or two, or try panko breadcrumbs. Sprinkle with some tasty cheese and place in the oven at about 180 degrees until golden brown. 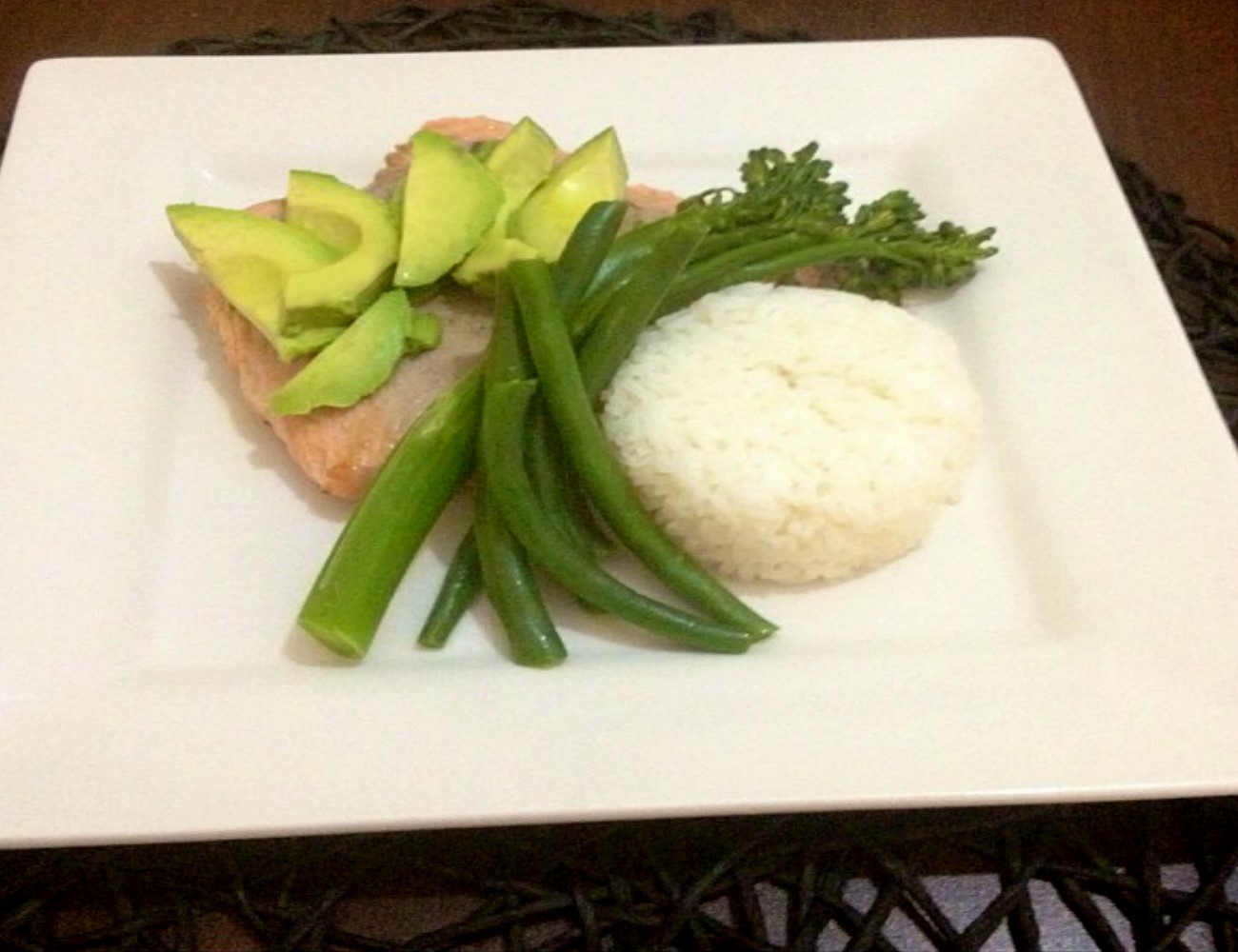 Fish like salmon and tuna are rich in vitamin D. [Source: Photo by Kayleigh Lacey]

This zingy root has been used for centuries in Chinese medicine and is a common ingredient in many Asian dishes, ginger is a powerful anti-inflammatory as well as loaded with antioxidants. It can also help fight infections and suppress the growth of some bacterias.

– Use ginger to flavour dishes such as laksas, Indian curries, stir-fries, and soups.

– Make a cold-fighting spicy pumpkin soup by roasting pumpkin, onion and garlic on an oven tray until soft. Add to a large pot along with about two teaspoons of freshly grated ginger, about one and a half teaspoons of turmeric and about two cups of vegetable or chicken stock and stir. Blitz with a stick blender until smooth, adding a splash of water depending on the soup’s thickness.

– For an easy cold and flu pick-me-up that is said to ease headaches and sore throats, prepare ginger tea. Add freshly grated or thinly sliced ginger to a tea strainer in a cup or teapot and then simply use fresh Puratap filtered water boiled in the kettle. Then let it steep for five minutes to ensure the ginger infuses into the water. Then drink as is or add a little honey or agave syrup to sweeten. Can be drank hot or cold. 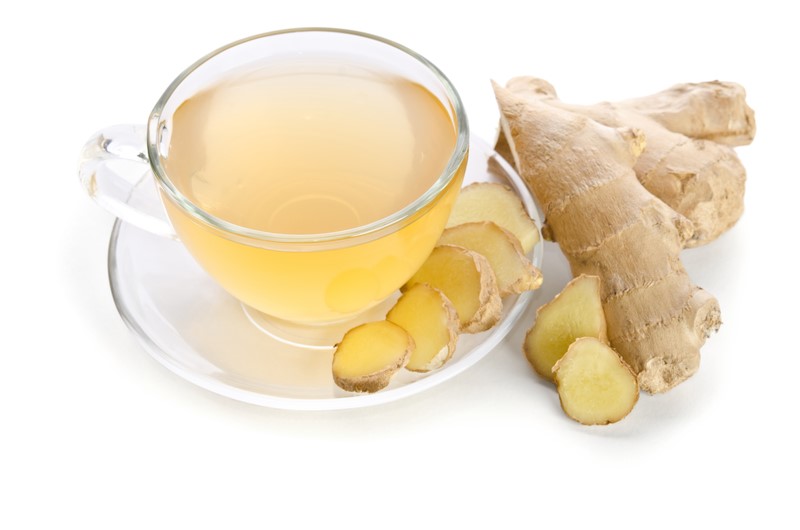 Girl Uses Coconut Oil As Makeup Remover For A Week

The Reason Behind What This Aussie Woman Is Doing Is Amazing