A medical report has revealed that a 57-year-old man was hospitalised after suffering from a stroke, just 15 minutes after drinking an energy drink. Medical experts say that the incident should be a warning sign to energy drink consumers.

The 57-year-old man from Alabama was hospitalised feeling shaky, with tingling and numbness in his right arm and leg. A scan soon revealed that he had suffered a life-threatening brain hemorrhage.

The man reported that his symptoms began about 15 minutes after drinking an energy drink, the first time he had consumed this particular product, as he was about to do yard work.

The American Journal of Emergency Medicine has revealed that months after the attack, the man continued to feel tingling, numbness, and shakiness.

The journal’s author, Dr Anand Venkatraman, warns the incident should be a warning sign to energy drink consumers that our brains struggle to cope with such high levels of caffeine and supplements that send blood pressure rocketing.

‘This particular drink contains several supplements for which we have little understanding of their potential interactions with each other or with caffeine,’ Dr Venkatraman said. 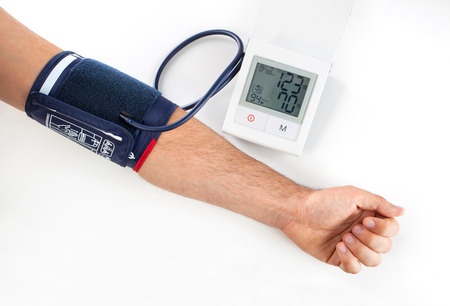 Another issue is serving size. The manufacturer’s label says the bottle contains two servings, but the patient reported that he drank the full 8 oz. bottle at one time, a behavior that Dr Venkatraman believes is common.

‘Consumers need to be aware of the ingredients in the drinks if they choose to use them, and check with their physician if they have questions. They should also follow the manufacturer’s recommendations.’

‘I am not anti-energy drink,’ Dr Venkatraman said. ‘In fact, I use them myself on occasion. But I strongly urge consumers to read the label and be informed. Don’t take unnecessary risks with your health. There is potential for a serious outcome.’

The brand of energy drink that was consumed by the man is unknown.

Woman Wheelchair Bound by Doing Something She Does Every Day

11 Of The Most Exciting Non-Chocolate Advent Calendars Out!

Got A Big Bum? We Have Amazing News For You