Fierce debate has broken out between three towns all claiming the right to call the iconic Aussie snack the humble Chiko Roll as their own.

Representatives on both sides of the political divide have fired up as to where the famous fast food originates.

The argument was prompted after Nationals MP Andrew Gee mentioned the Chiko Roll in his first speech to Federal parliament this week:

“If it’s Tic Tacs or Nutella that you enjoy … well they were definitely made in Lithgow” for Calare said.

“Or if Australia’s iconic Chiko Roll is more to your liking … well they were made in Bathurst.”

This claim produced swift responses from politicians in both Bendigo and Wagga Wagga.

“It was launched at the 1951 Wagga Wagga Agricultural Society Show”

“We have in our Riverina Museum in Wagga Wagga the Gold Chiko Roll given to us by the manufacturers, acknowledging the fact that Wagga Wagga is home of the Chiko Roll.”

However Labor Member for Bendigo Lisa Chesters claimed it is a born and bred Victorian.

A quick look at the back of a packet of frozen Chiko Rolls backs up her argument: 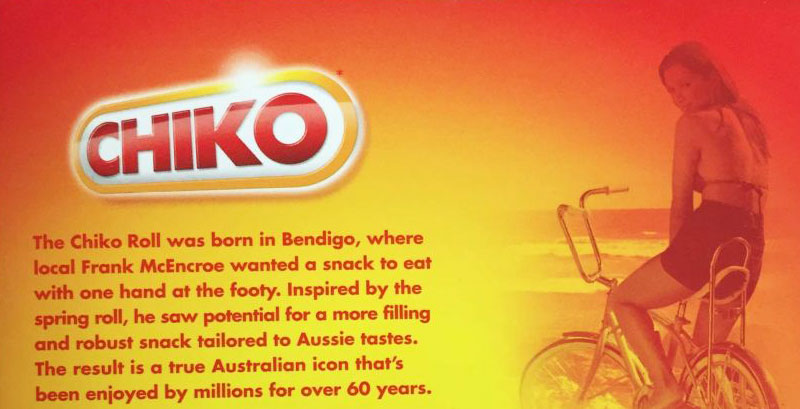 So with that type of proof we wonder how these other pollie’s could make a claim in the first place?

What’s next, a debate over where Tim Tam’s or Paddle Pops were invented?

Your Local Aldi Is About To Introduce A Huge Game Changer

Study Found This Food Is Just As Addictive As Drugs

Has The Reign Of Aldi Ended?