It wasn’t so long ago that Colleen Bowden was an accountant. Now, only three years after starting a bakery along with her husband Andy, one of her creations has already been touted the ‘most Aussie cake ever’.

“I made it as a giveaway for a food and wine expo, so it had to be food-related,” Mrs Bowden, of Cakes By Colleen, told 96FM.

“So I decided to go with the staples. It doesn’t get more Aussie than a barbie, Vegemite, a pie and a lamington.” 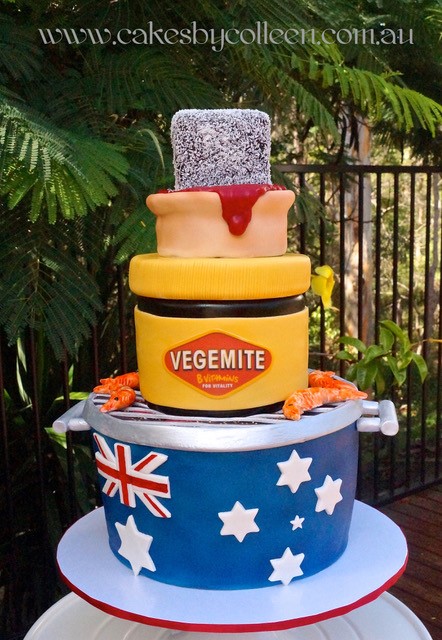 The cake was 60 centimetres tall and about 35 centimetres wide, and despite it looking deceptively small in the picture, feeds more than 100 people.

“It’s chocolate mud cake, it’s the only thing that survives the heat,” Mrs Bowden laughed, referring to the Gold Coast, where her bakery is located.

She was, however, surprised the cake was going viral now – it was actually made last year.

But it’s clear she has a signature style.

One of the first major cakes she made was for her husband, who has asked for a cheesecake for his birthday. 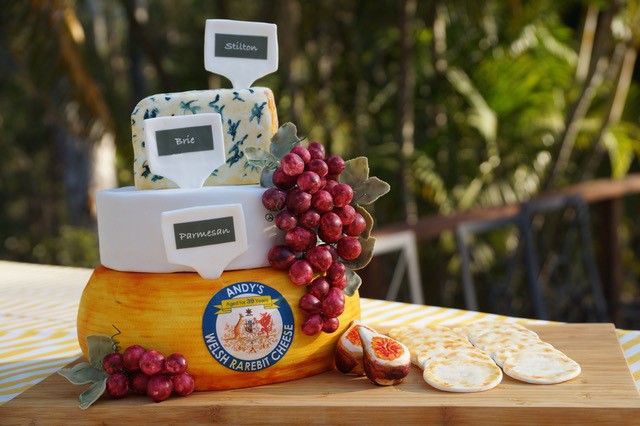 “I know how much he loves cheese as well as cheesecake, I thought I would make a cake to look like a stack of cheeses.  Everything on there is edible, including the grapes and crackers.”

It wasn’t the first cake she’s made for her husband’s birthday.

“Andy had a burger bar for his birthday and wanted a cake to match, [this was his] burger cake with edible fries, etcetera,” she said.

Just a few days ago, Mrs Bowden made a ’10 Years in Australia’ anniversary cake, which nodded to the customer’s Irish and English heritage before they become Australian citizens. 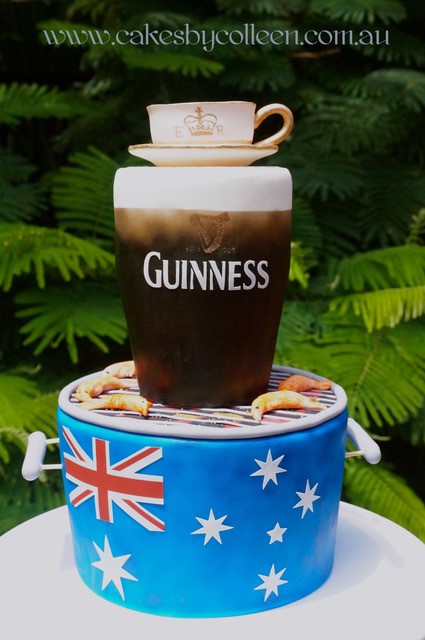 “They asked me to create something that incorporated all the above elements.  Hence the Aussie BBQ, Guinness beer glass and the English tea cup.”

Icmyi This Is Where You Can Get Nutella On Tap In Australia!

Discontinued Ice Creams That Need To Be Brought Back Asap

Bunnings Sausage Goes Hipster And We Are Conflicted

This Dancing Ice Cream Guy Is the Internet's New Boyfriend