Here’s more proof that 2017 is shaping up to be a great year.

Recently, a bloke in New York City bought a flat, which is really NBD.

However, it was when his mate Scott took the grand tour did he realise the absolute gold he was sitting on.

At first he didn’t believe it, but then he was provided with unshakeable proof that the tiled feature in his bathroom was of a teenaged Mandy Moore. 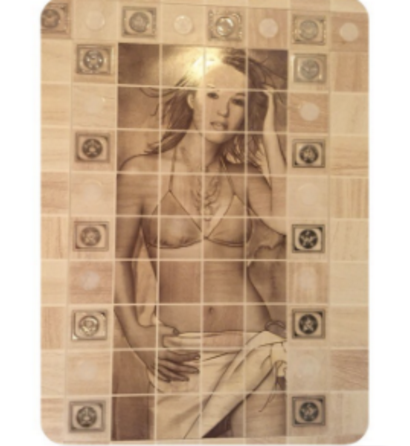 “My friend Scott’s friends bought an apartment in Queens and there was a mosaic in the shower and Scott was like ‘OMG that’s Mandy Moore’ and they were like ‘No it’s not’ and he was like ‘yes it is’,” another friend, Peter Kaplan, tweeted.

my friend’s friend bought an apt in Queens and there was a Mandy Moore mosaic in the shower pic.twitter.com/JtBZ2NBEX1

Antiques Roadshow experts would say that the piece was from the classic I Wanna Be With You era.

The Spider Statistic That Will Make Your Skin Crawl

Warning After 2yo Severed Thumb On Kmart Drink Dispenser

Can You Spot Why People Are Angry About These Shirts?