A grandma has been dubbed Scotlands most ‘savage nana’ after telling her granddaughter – and all her friends- she would be stunning ‘’if she lost weight’’ on Facebook.

Mary Kennedy, 70, made the comment after 19-year-old Chloe Gallagher updated her profile picture.

Within just 20 minutes of posting it, straight talking Mary took to Chloe’s post to give her thoughts wiring ‘’: “How stunning would you be if you lost weight.”

“Dunno whether to laugh or cry right now. Nothing like a wee self-confidence boost eh? Cheers doll.” 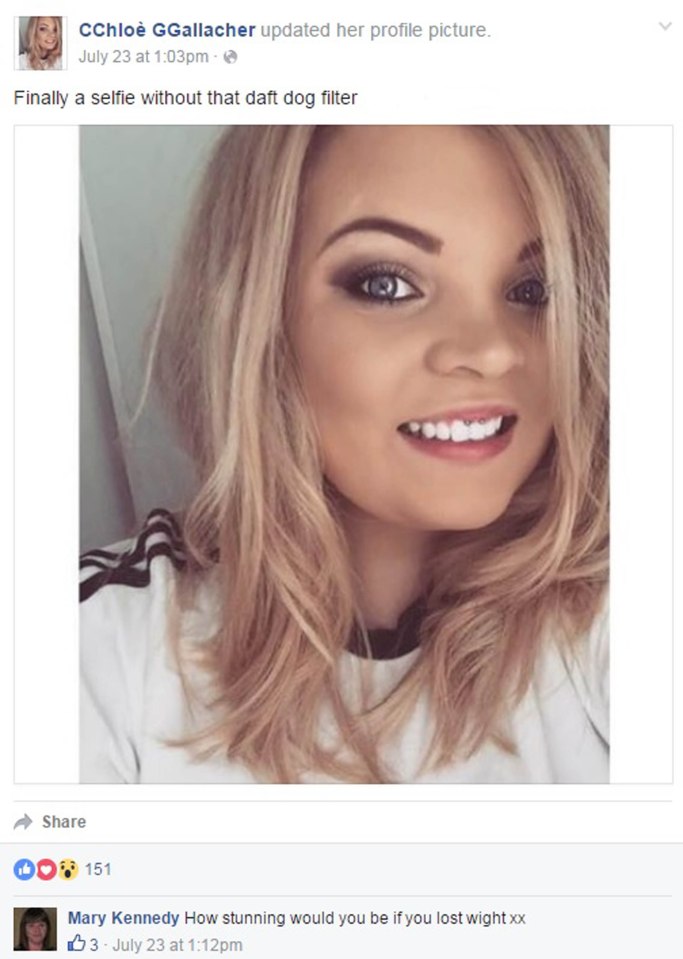 Friends took to the post to reassure the teen that she was beautiful the way she was, prompting her nan to step in again and agree.

Dozens of friends have seen the comments as funny and described the Nana as ‘’savage.’’ Nan Mary has admitted ‘’“I’m not very good on Facebook, I just go on there to see what’s going on.

“I probably should have private messaged it because it was just meant to be seen by her but I’m glad she took it well, I was only saying it in a nice way.

“The picture that came up was one of those modified ones so I thought ‘look how stunning she looks’.

“She’s got these big beautiful eyes like the ocean, you could just fall into them.

“She’s beautiful. It wasn’t meant as a dig. I was quite upset by some of the reaction because she got some digs, or well, I did.

“I’ve got ten grandchildren and one great-grandchild, and I’m very protective of them all. “We are all very close, so they all know me too well. I’m brutally honest if nothing else.”

Are AC/DC About To Call It Quits For Good?