When it comes to your big day, many girls dream about the big white dress, the sparkling ring – and the dazzling groom.

What you probably don’t imagine is a bride and groom pausing for a kiss and some photographs in front go a big KFC – because, you know, the groom was hungry…

But that is precisely what happened to one couple.

Louis Davis told the New Zealand Herald that he wasn’t nervous on his wedding day – he was hungry for KFC.

In fact, he loves the chicken so much, he made his new wife and their wedding party stop there after their nuptials. 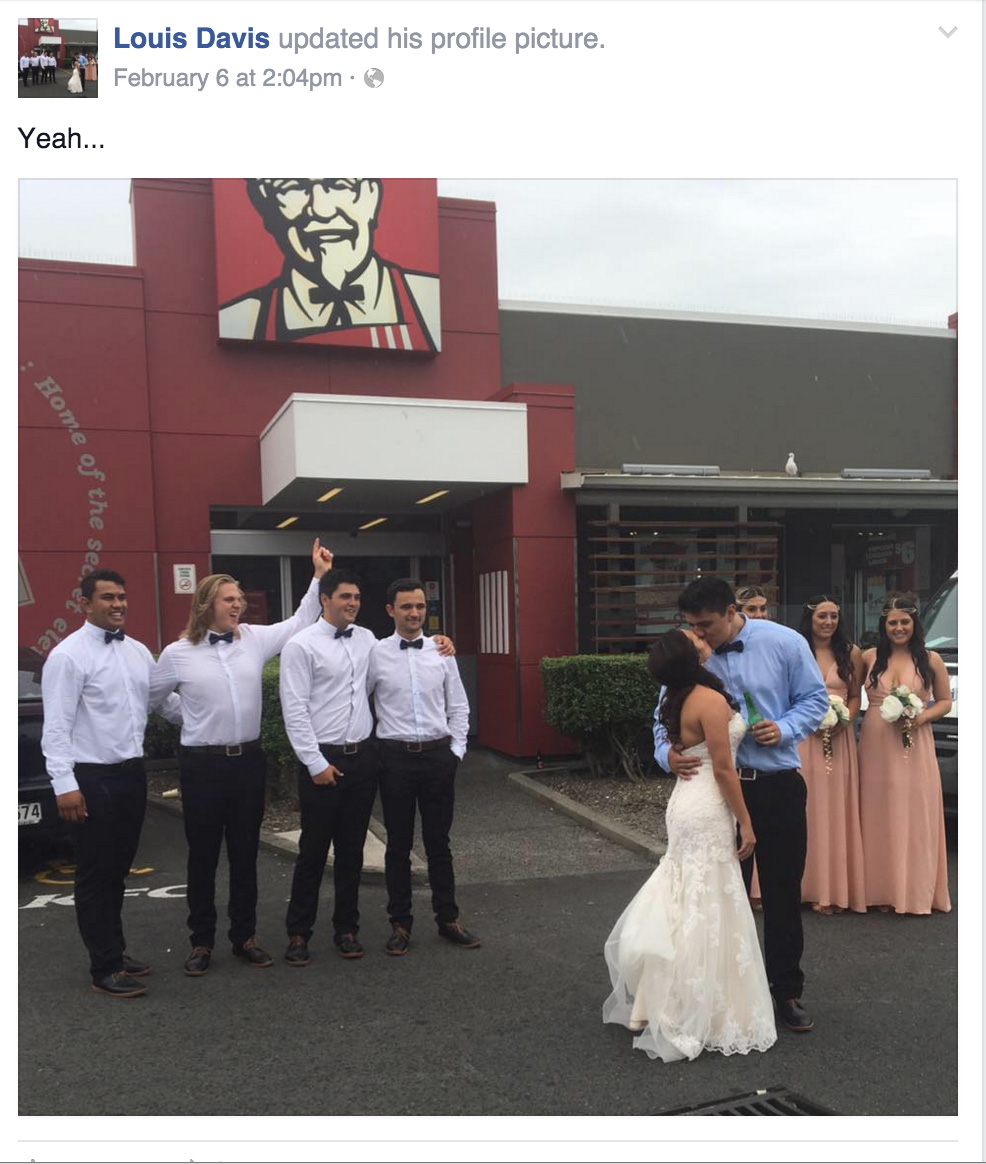 He described his new wife Ashleigh as a “good sport” about it all, and allowed the crazy snaps after she got the professional ones she had always envisioned.

“I knew the photos that are crack up and the ones you look back on are where you’re doing something different,” he said.

Despite the pic securing almost 11,000 likes on Facebook, Davis is yet to hear if he’ll be securing the colonel’s finest for the rest of his life: “That would probably be a dangerous thing, to be honest,” he told the Herald.

“I should at least get a snack box though.”