It’s an image that probably raised your blood pressure and made you pretty upset – but I promise you, all is well with this little one.

The bizarre image is cirulating the internet right now, with people wondering what the heck is going on with this baby in a tube.

The answer is simple. It’s a method to keep children restrained during an X-ray so that doctors can get a precise reading.

The machine is called a ‘Pigg O Stat’ and according to a report on Daily Mail, has been produced for the medical field since the 1960s. 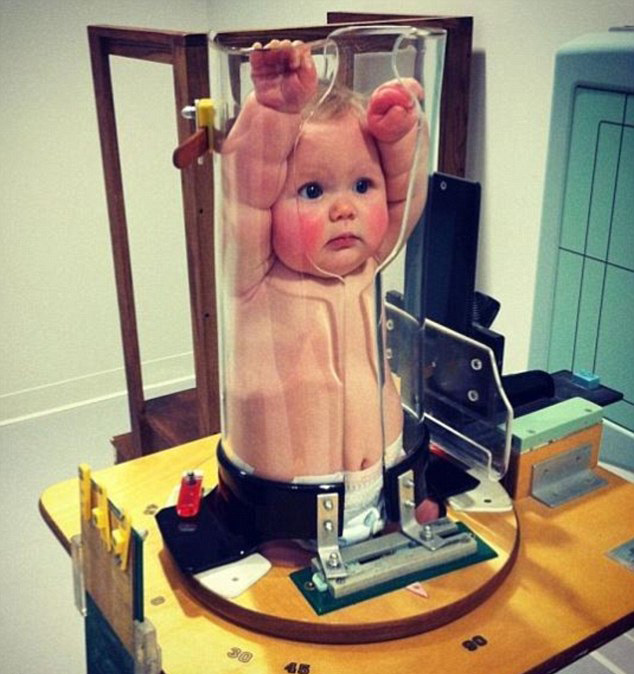 Manufacturers describe it as ‘an all-in-one pediatric immobilisation device designed for positioning infants and young children for an appropriate x-ray without significant complications.’

After the photo was posted to Reddit by a user who thought the image was ‘hilarious’, people began to comment below.

One person even wrote, ‘My daughter was in one of those when she was just turning two. She’s usually going to cry about anything out of the ordinary but not not this, for some reason.

‘However, while she was being stoic in the area above the table, her legs were cycling a hundred miles an hour the whole time, not unlike Scooby and Shaggy when they are scared and have begun to run but haven’t yet moved.’