Breastfeeding is one of those topics that is just automatically associated with controversy.

There are so many different views and ways to offend people.

Many don’t think breastfeeding in public is okay, others think it’s the most natural thing ever.

Now, it’s an image associated with breastfeeding that has people up in arms.

This photo of a toddler holding his nipple up to his infant sibling’s mouth shows him innocently imitating the way his mum breastfeeds the baby. 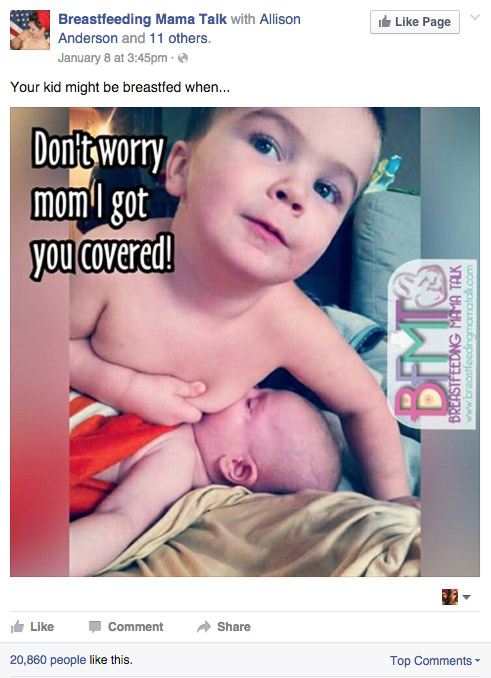 The caption reads, “don’t worry mum, I got you covered!” It’s adorably innocent, but instead, everyone is taking the opportunity to pick at it, calling it ‘pornographic’.

The Breastfeeding Mama, who posted the pic initially, has decided to respond to the controversy since the post went viral.

“Just another day in my life trying to change the world,” the post reads. “I share pictures and memes of kids imitating breastfeeding all the time it’s nothing new. Well my latest meme I posted has went viral and people are calling it ‘Pornography’ saying it’s inappropriate and this is exactly why I post them. Breastfeeding is not sexual therefore a kid imitating it is not sexual. Why is that a hard concept for people to grasp?”

Come on guys, aren’t there more important things to whinge about?!