A tiny Yellow-bellied Glider joey has found a surrogate mum at Taronga Zoo, after surviving a collision with a barbed-wire fence.

Taronga vet nurse, Felicity Evans, has been providing round-the-clock care to the female joey, carrying a makeshift pouch and feeding her six times a day from a dessert spoon.

“She gets really excited about food and can be quite a messy eater. She’ll grab hold of the spoon and pull it down so she ends up with milk all over her paws and stomach. I have to carefully clean her fur afterwards and wipe off her little milk moustache,” said Felicity.

The 10-week-old glider and her mother arrived at Taronga Wildlife Hospital earlier this month after being rescued by WIRES wildlife carers on the Central Coast.

The mother was found with a series of injuries, including a major tear in her gliding membrane, and the joey still inside her pouch after becoming entangled in a barbed-wire fence.

She had also stopped producing milk, forcing hospital staff to step in to care for the joey. The yet-to-be-named joey has since made a remarkable recovery in Felicity’s care, growing from 48 grams to 80 grams in the past two weeks.

“She’s got a big personality for such a tiny animal. She climbs all over me and is very vocal if I have to wake her up for a feed. She doesn’t like being interrupted during sleep,” said Felicity. 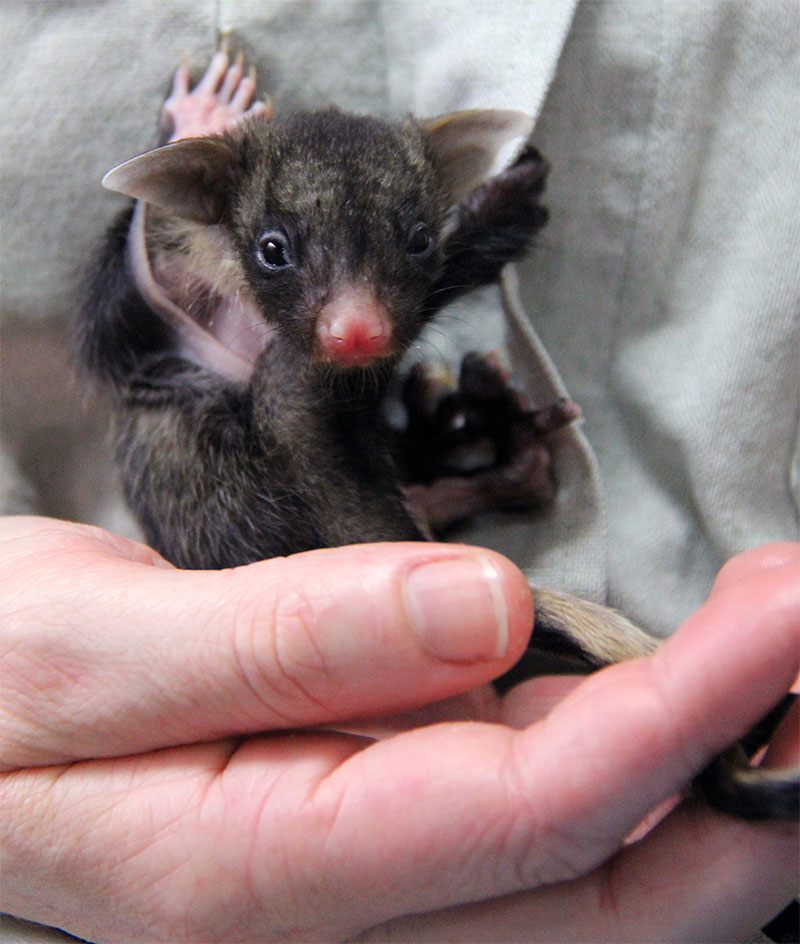 The joey will remain in Felicity’s care for another few months, as she grows and gradually transitions to eating a special glider mix and solid foods, such as fruit and fly pupae.

The joey’s mother is also on the mend at Taronga Wildlife Hospital, where she continues to receive antibiotics and treatment for her wounds.

“Mum is eating well and healing nicely. Her range of movement is restricted, but she’s working out what she can and can’t do and getting better with practice,” said Felicity.

Unable to be released due to the extent of her injuries, the mother will remain in care at Taronga where she will become an important ambassador for her species.

Also known as the Fluffy Glider, Yellow-bellied Gliders have remarkably soft fur and can glide up to 140 metres in a single leap. Listed as a vulnerable species due to habitat loss, they can still be found in bushland at the edge of Sydney, such as Bouddi National Park.

Three Of Your Favourite Sesame Street Characters Have Left

The Internet Cannot Deal With These New Aussie Sex Toys

Which Of These Fashion Trends Should Of Stayed In The 90's?