How many times does a complaint from a consumer pop up on your Facebook feed?

I always see posts with someone complaining about something, and most brands only ever provide sub-standard responses, if they bother to reply to all.

However, Woolworths have gone and shown them how it’s done – and their level of customer service has made quite an impact.

Check out how the drama unfolded.

Ben Hunter, a Hommus-enthusiast, purchased a tub of the good stuff to satisfy a craving, and was shocked to discover that his in-date snack featured a big piece of mould. 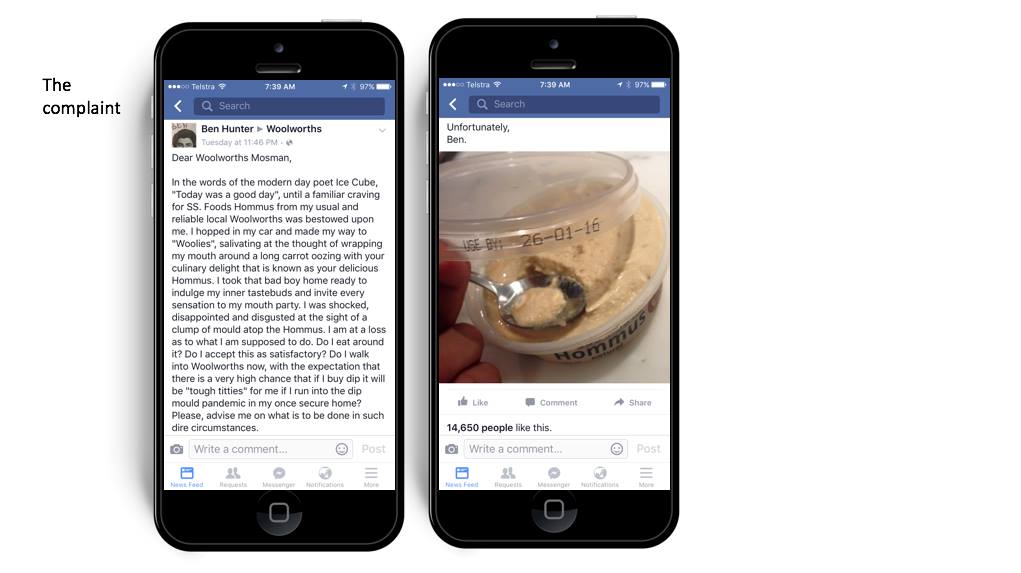 He complained with a rather witty paragraph, not uncommon for people who want to be heard.

They met him with the same level of hilarious banter – and it started something rather amazing. 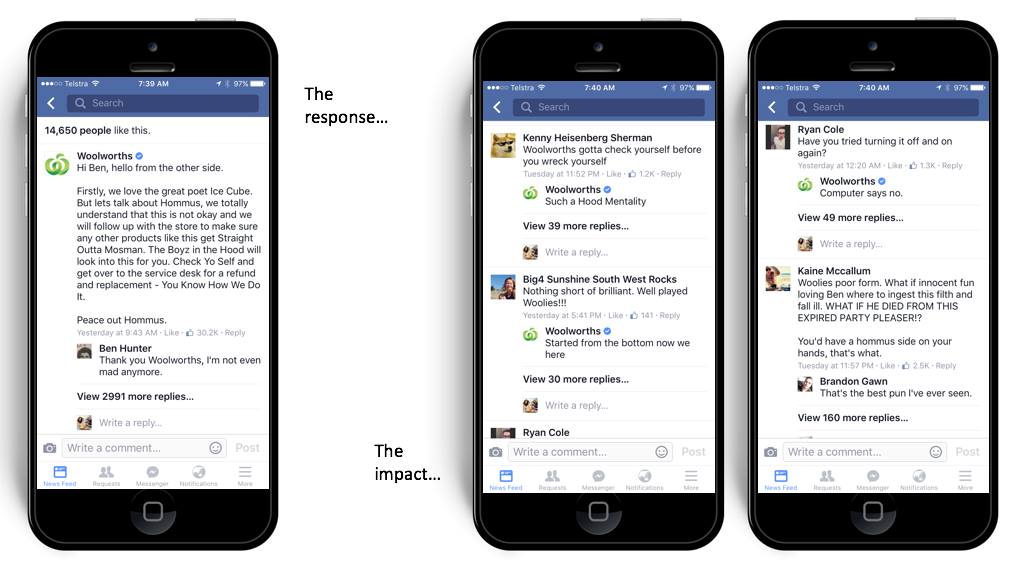 People began to post their own pun-tastic responses to the complaint in appreciation of Woolworth’s complaint-handling skills.