The world held it’s breath today when the award for Actor in a Leading Role was called out at the Oscars!

Would he do it or would he be denied for ANOTHER year?

When Leonardo Di Caprio’s name was finally called out the entire auditorium erupted in applause and the actor even received a thirty second standing ovation for his win.

Then, the absolute legend that he is, Leo delivered the most perfectly humble acceptance speech, thanking his friends, family, cast and crew and then highlighting his life’s passion – climate change.

IF Leo had gotten his paws on an Oscar early on in his career it could have quashed some of his hunger to succeed in the business.

This in turn may have made him less likely to pursue the roles that helped shape him into the oscar winning actor he is today.

We’re not too sure we agree with this but what we do know is this.

If he had won years ago, we would have been denied all of the amazing memes created to help get #justiceforleo! 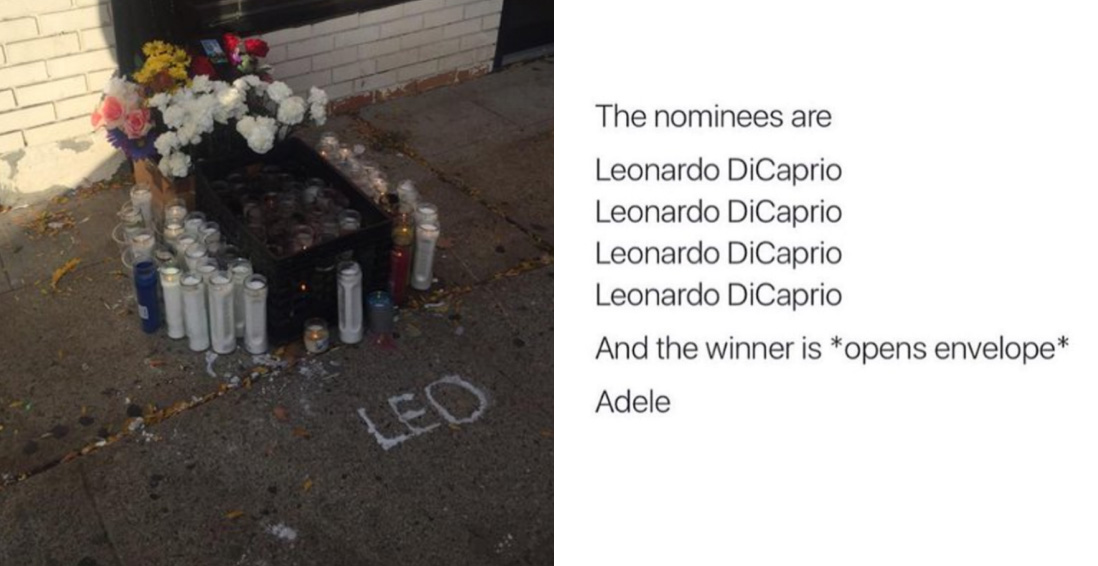