With the biggest names in Hollywood in attendance, we wouldn’t expect anything less than A++++ service at the Golden Globes Awards.

But the menu at this year’s awards ceremony is seriously ridiculous.

A-list attendees, the likes of Ryan Gosling, Nicole Kidman and Emma Stone, will be served up some seriously decadent food on the night, cooked by the Beverly Hilton’s chef Alberico Nunziata. 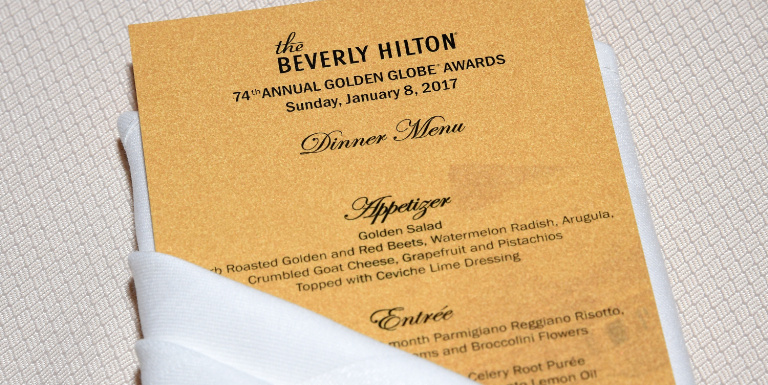 The 1,300 guests will begin their dining experience with a salad like none other. Watermelon radish, grapefruit, goats cheese and GOLDEN beetroot… Because, duh, it’s the Golden Globes!

To finish off, guests will be served not one, but THREE mini treats. A profiterole on dark chocolate, an almond cake with orange mascarpone cream, and a tiramisu with a Nutella mousse.

We just hope that among all the hype and excitement of the night, the food from the feast actually gets eaten…