It may have been four years since Sacha Baron Cohen spilled ash all over Ryan Seacrest’s suit, but Seacrest hasn’t let it go.

He was notably apprehensive when Cohen spotted him from across the Oscars red carpet and said “no” and turned away.

But Cohen wasn’t taking no for an answer and interrupted his interview with Lady Gaga for a hug from the entertainment presenter.

The reluctance comes from the 2012 Oscars when Cohen arrived dressed as his Colonel Gaddafi-style character from The Dictator and spilled ash all over Ryan’s suit. 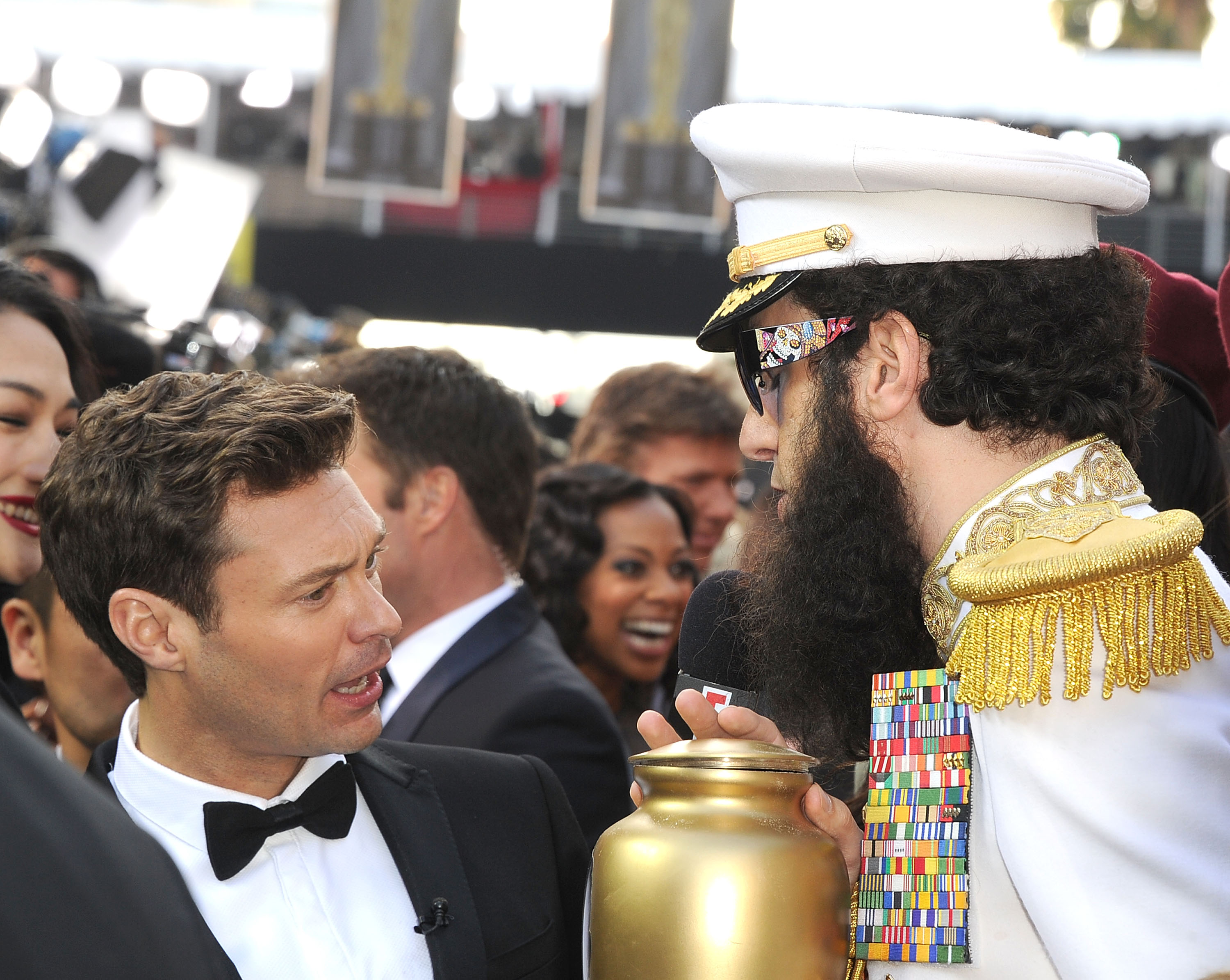