Robbie Williams gave his fans an online commentary from his wife’s bedside as she prepared to give birth to their second child.

Watch above as Robbie belts out a song from Frozen much to his wife’s annoyance as she’s in labour, while below the happy couple celebrate the safe arrival of their second child!

Before going into labour the happy couple also posted this video of Robbie’s wife Ayda Field dancing around their hospital room, much to his amusement!

The Angels star has posted a string of videos and pictures  including one showing her on a bed wearing high heels with the words: “When Ayda goes into labour she comes correct.” 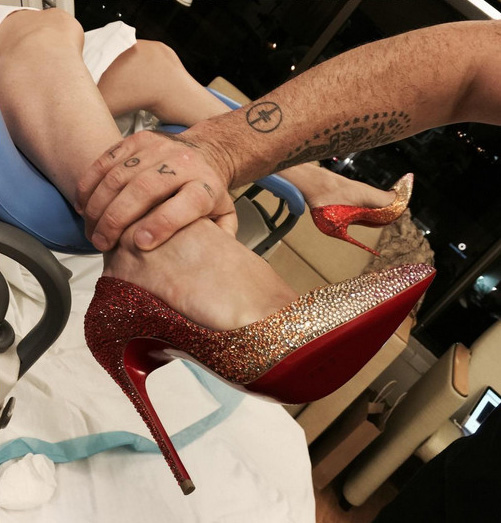 Another video, called A River Runs Through It, appears to show a doctor preparing to break his wife’s waters.

Williams broke the news on Twitter earlier this year that the couple, who live in Los Angeles with daughter Teddy, were expecting another baby.

The Stoke-born singer first hit the headlines in Take That but quit the group in 1995 and embarked on a hugely successful solo career.

He married Ms Field in the grounds of his Beverly Hills mansion in August 2010 and their daughter, formally known as Theodora, was born two years later. AAP

ROBBIE WILLIAMS TO BE A FATHER AGAIN