Tens of thousands of people have turned out in London to celebrate the Queen’s 90th birthday as Princess Charlotte made her first Buckingham Palace balcony appearance.

Three cheers rang out across The Mall for the Queen after she marked her milestone with the traditional pomp and pageantry of the Trooping the Colour ceremony.

Surrounded by some 45 members of her family the monarch smiled and waved from the balcony as she acknowledged the good wishes of the crowds which were larger than in previous years. 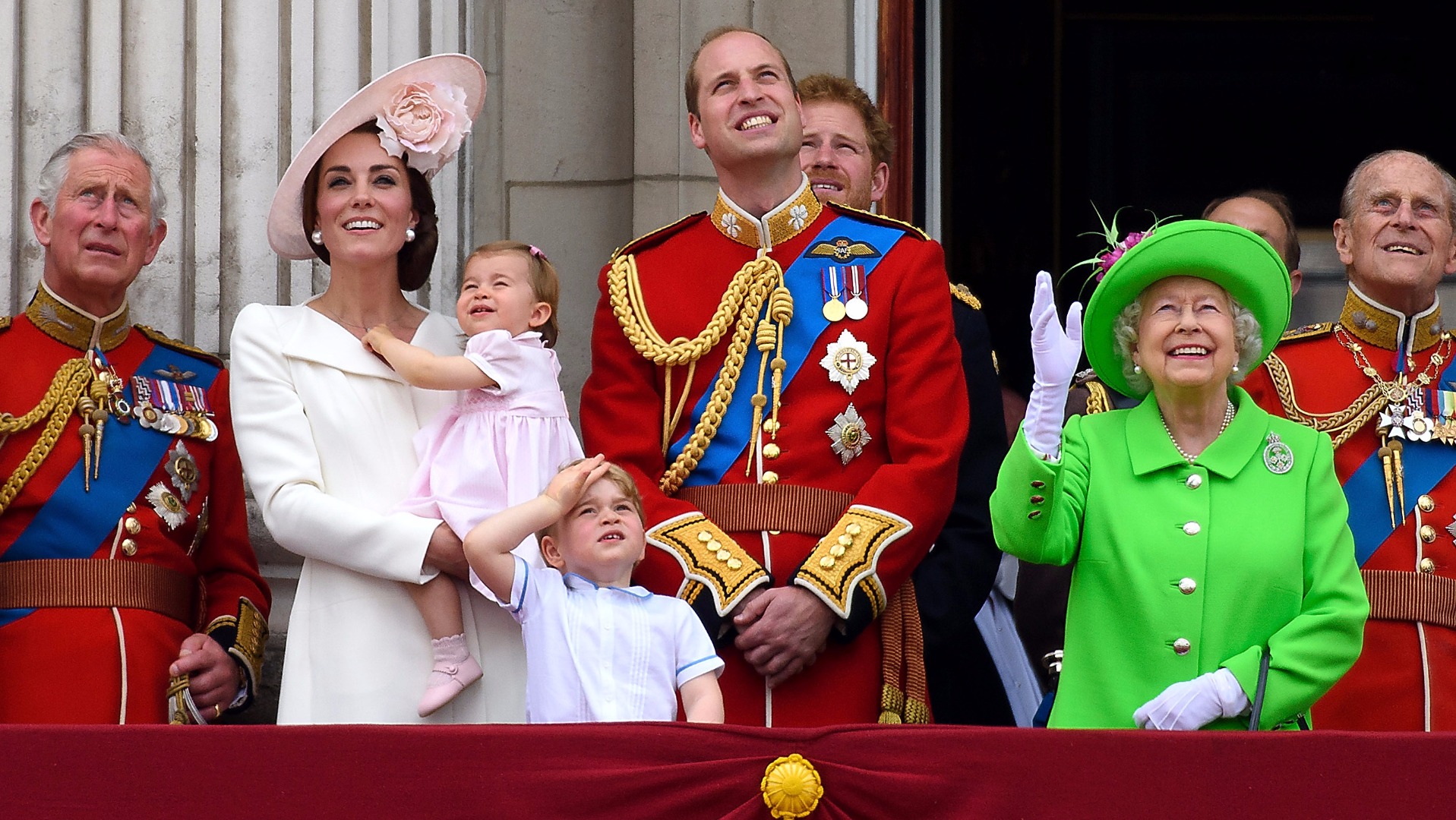 Her 13-month-old great-granddaughter Charlotte – sucking on a finger to combat apparent teething – took the event in her stride and acknowledged the traditional flypast of historic and modern aircraft by putting one hand over an ear as she was held by the Duchess of Cambridge.

Wave after wave of military aircraft – from a Spitfire and Hurricane, made famous during the Battle of Britain, to modern fighters like the Typhoon – roared overhead with the Red Arrows trailing red, white and blue smoke to end the display. 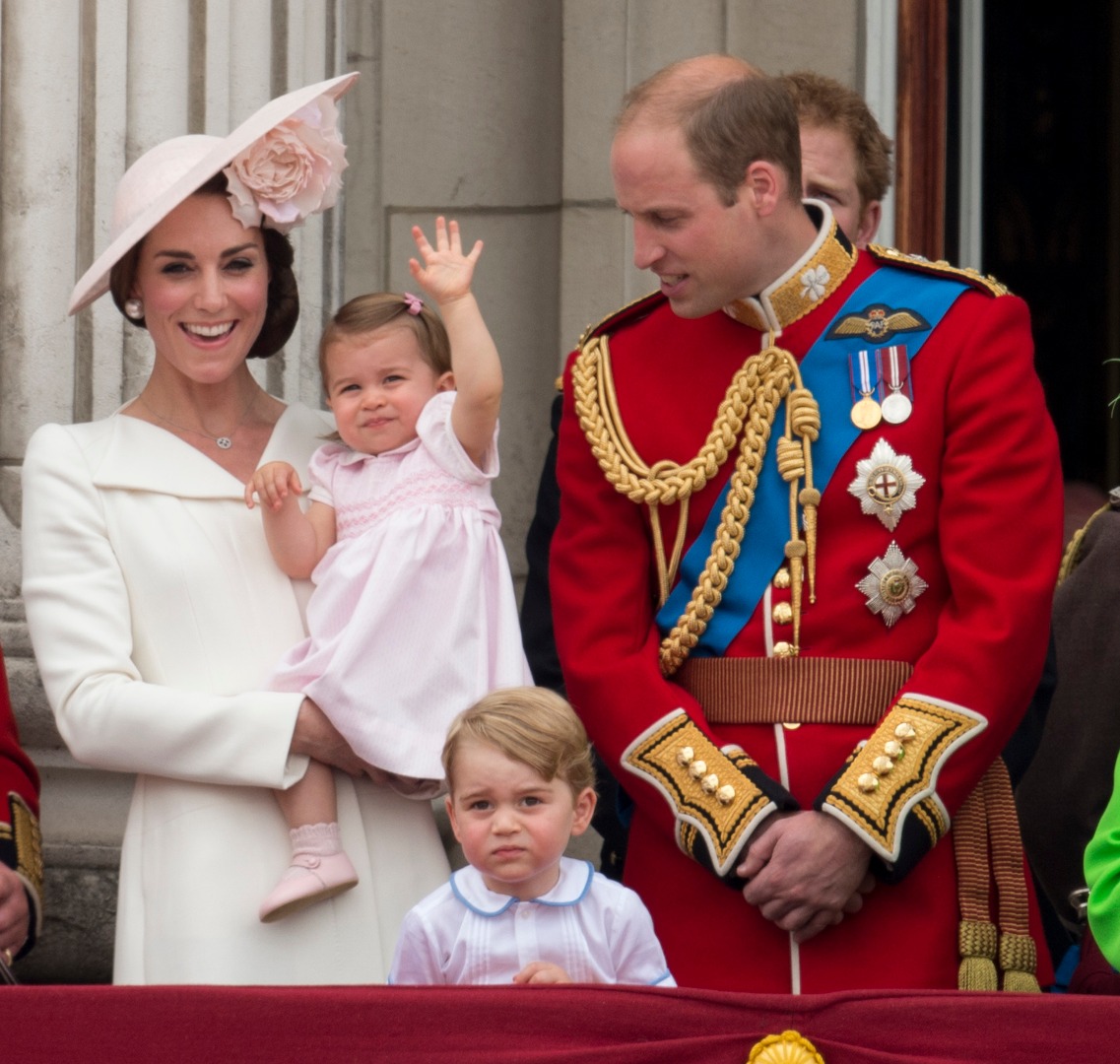 The Duke of Edinburgh, Prince of Wales, Duchess of Cornwall, Duke of Cambridge and Prince Harry stood by the Queen who was the centre of attention in her neon green ensemble.

Her life is being celebrated this weekend as the nation pays tribute to Britain’s longest reigning and oldest sovereign with formal ceremonies and carnival street parties. 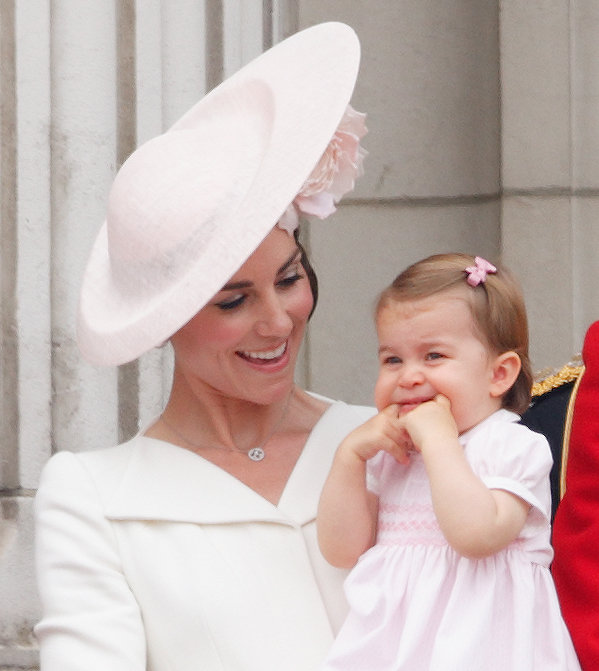 After yesterday’s poignant St Paul’s Cathedral service of thanksgiving for the Queen’s life, the Trooping the Colour ceremony was all precision displays of formation marching by the immaculately turned out troops.

Thousands of forces’ families sat in stands around Horse Guards Parade – Henry VIII’s former jousting yard – and watched the Queen inspect the troops from her vintage carriage as the three royal colonels – Charles, Anne and William – wearing their military uniforms followed on horseback. 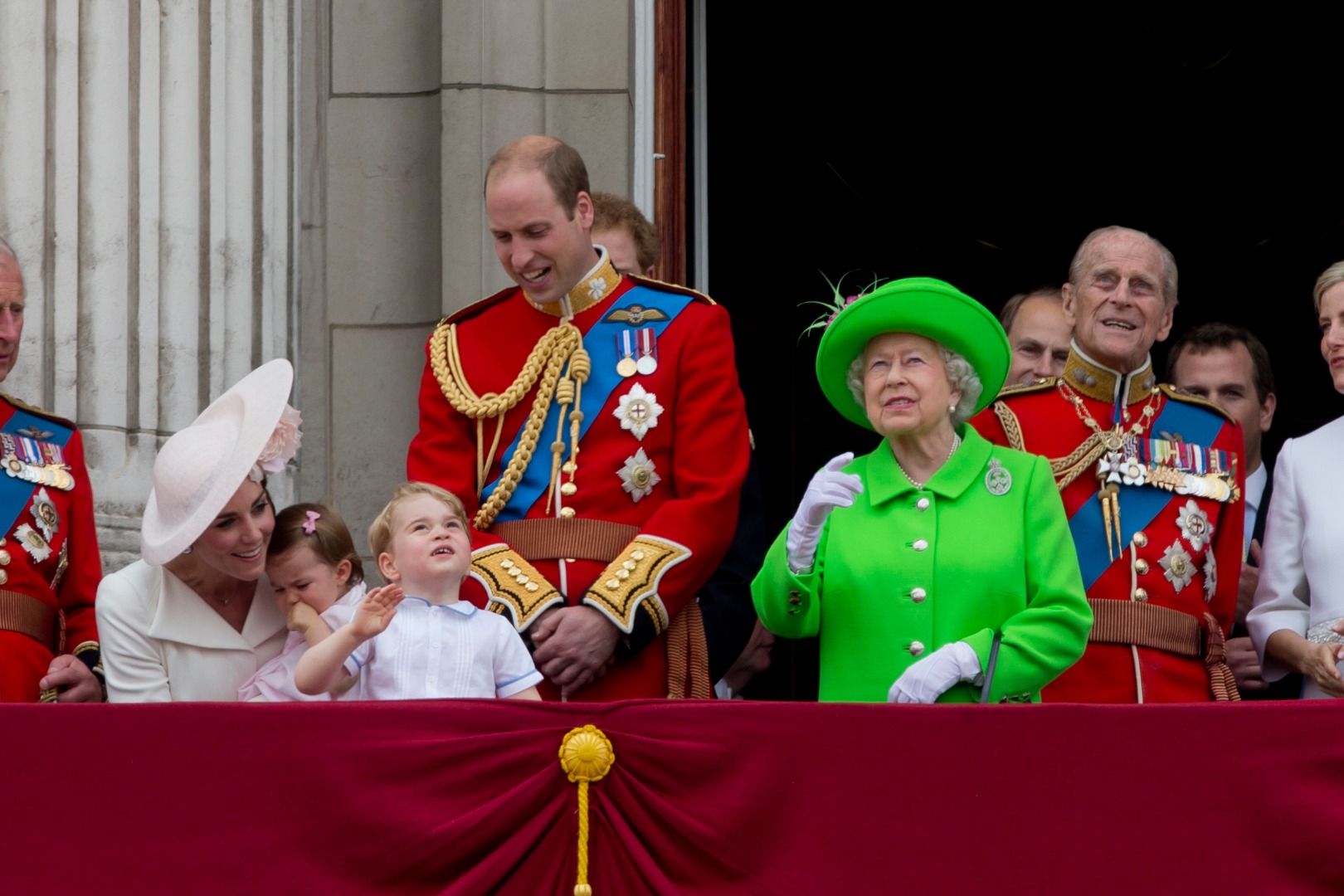 On parade was the long line of guardsmen who not only take part in major ceremonial occasions like Trooping the Colour but are fighting soldiers. Inevitably, like most years, a few collapsed during the ceremony but were attended to.

The colour of Number 7 Company Coldstream Guards was paraded past the troops, an ancient tradition thought to originate from the practice of marching banners past soldiers so they could identify the flag they were fighting under. 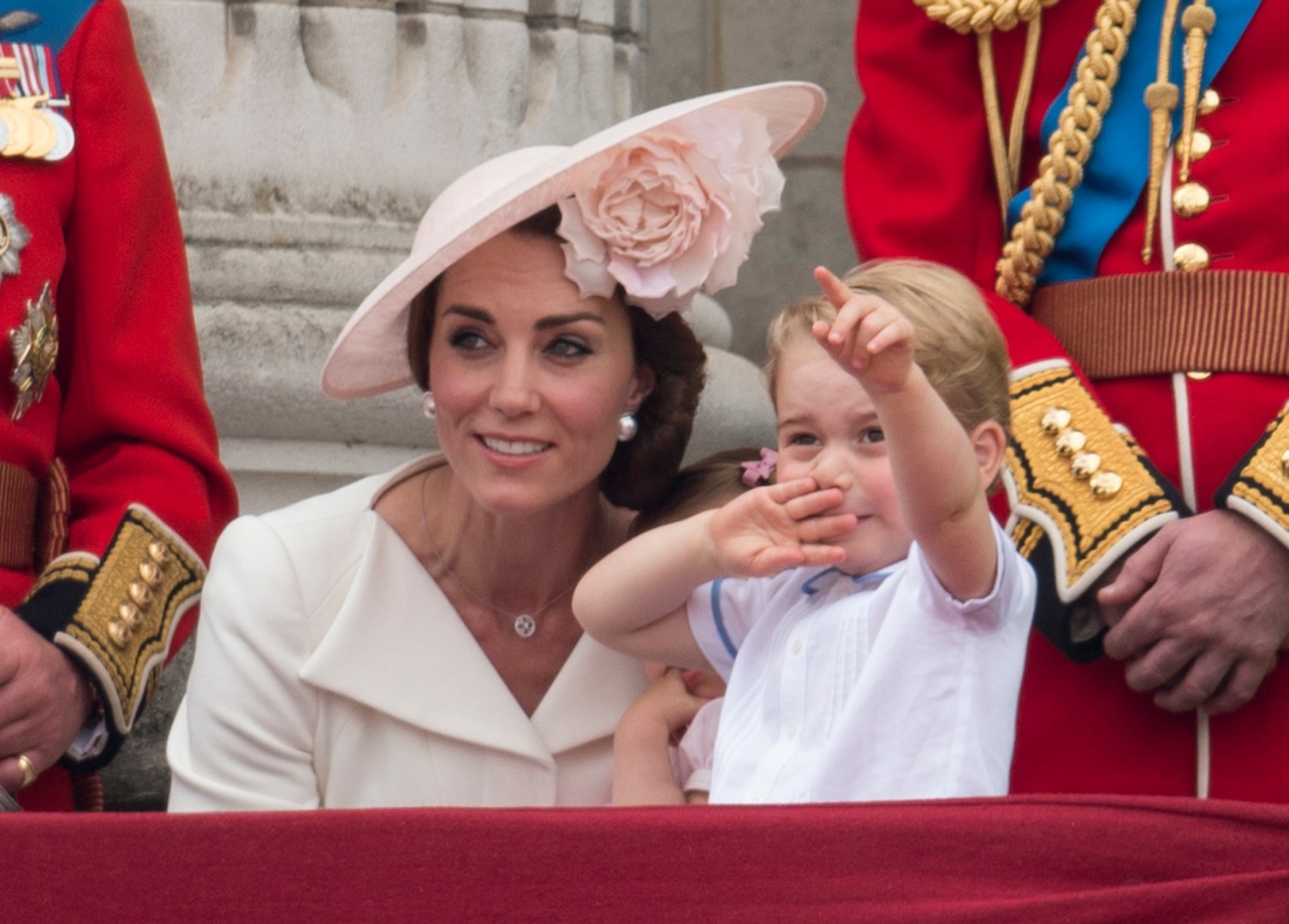 During George II’s reign it was ordered in 1748 that the ceremony of Trooping the Colour should mark the official birthday of the sovereign.

All Things Spinal Tap, The Simpsons & Music In Studio Today