In the relatively short amount of time since 75 year-old widower Ray Johnstone decided to post a classified looking for a fishing buddy to keep him company after his best mate had passed away, it’s fair to say the response has been overwhelming. 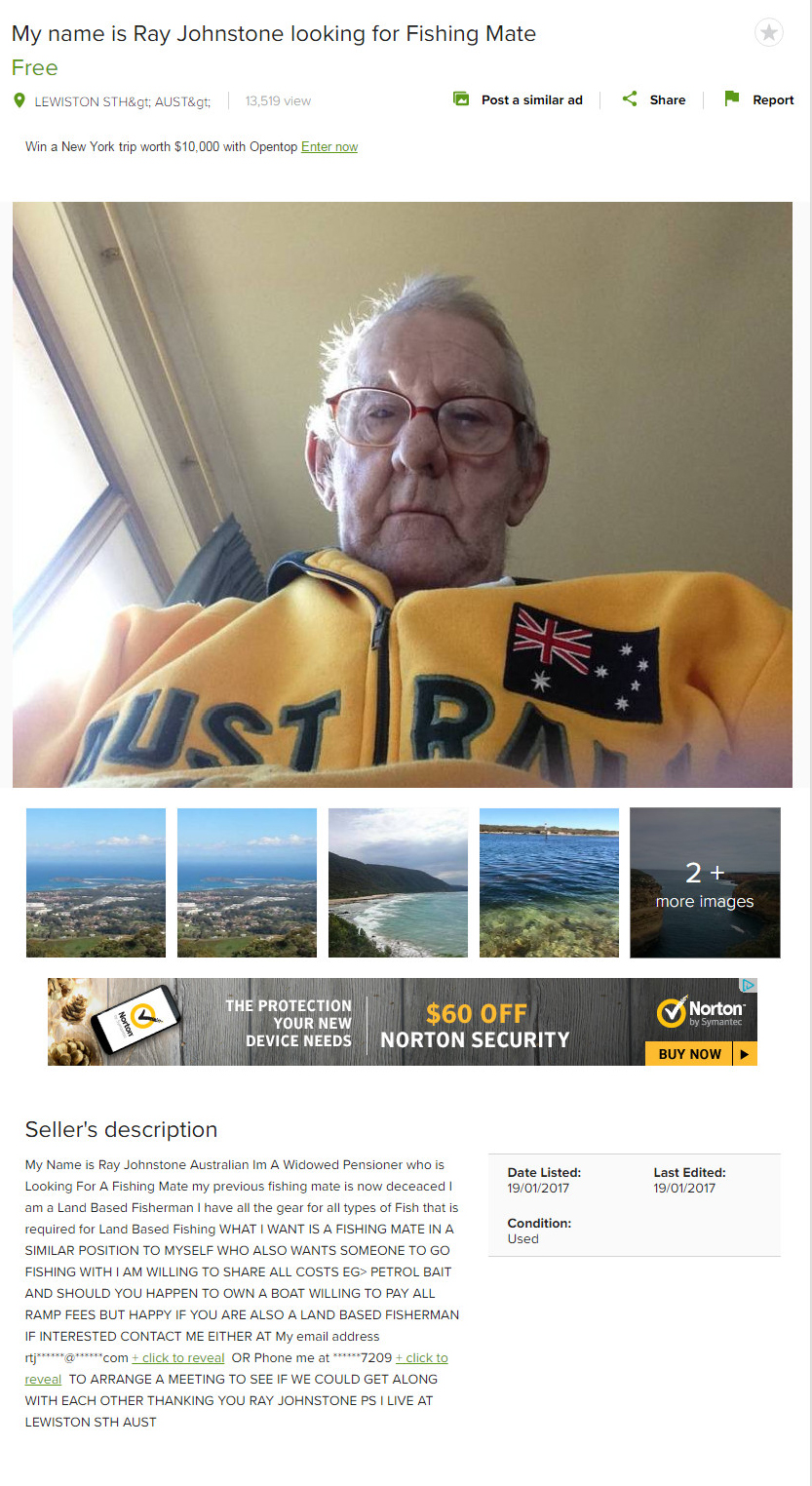 Ray, who lives in Adelaide, spoke with 7 News to express his disbelief about the amount of people trying to get in contact with him.

“The phone’s been going nonstop. Went ’til 11 o’clock last night from about 7.30 in the morning.”

“I had to have it on charge about three times during the day.”

And after it was revealed that Ray had a concrete offer to go fishing, we can now reveal the identity of the respondents – Brisbane brothers Peter and Mati Batsinilas.

“I think he wasn’t too sure if I was being serious or not,” said Mati,

The Batsinilas have proven incredibly generous and have offered to fly Ray AND his grandson on an all-expenses-paid trip to their favourite fishing spot- Stradbroke Island!!!

“Something that is almost nothing to us has the potential to change someone’s life, and that’s just amazing.”

If this isn’t the feel good story of the year then we don’t know what is!

And apparently there are more charters in Sydney and Adelaide on the horizon.

Good on you Ray, hope you have the trip of a lifetime and catch a big one!