When you think of Paris, no doubt you think of romance. It’s the place where lovers go to celebrate their… erm, love.

One of the best things couples do is buy a lock and write their names on it before locking it onto the Pont des Arts to symbolise their eternal love. They then seal it by throwing the key into the Seine. 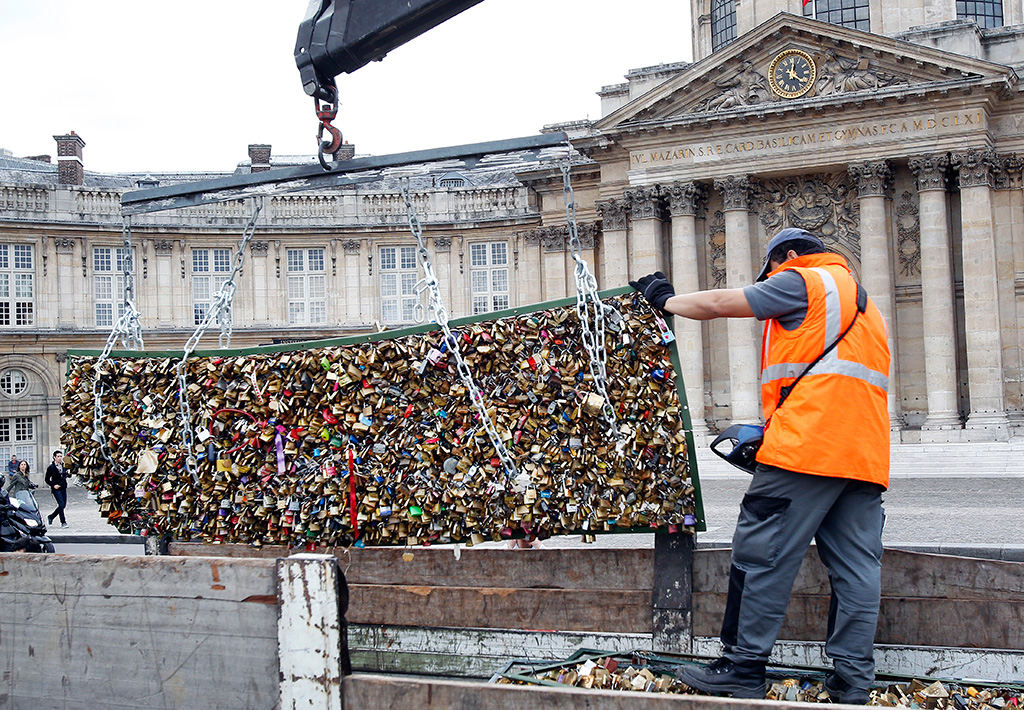 City workers have today been using a crane and wheeled dollies to dismantle wire mesh panels that the locks are attached to. They will be replaced by street art, that will eventually by covered by plexiglass, and will mean that pedestrians are able to once again see the Seine through the grillwork.

The locks will be kept in a city warehouse after they are removed until the officials decide what to do with them. Some are likely to be melted down, but others may have a second life.

Mr. Julliard said the city was looking at recycling some of the panels as works of art or giving them to charities. There is no plan, for now, to fish out the more than 700,000 keys at the bottom of the river.