After weeks of hints and speculation, Kylie Minogue has announced her engagement to actor Joshua Sasse via a traditional announcement in a British newspaper.

The 47-year-old Aussie revealed the upcoming nuptials with the 28-year-old Brit less than 48 hours after her lover sent fans into a frenzy by calling her his fiancee.

A forthcoming marriage announcement was placed in British newspaper the Daily Telegraph beneath the names Mr JS von Sasse and Miss KA Minogue. 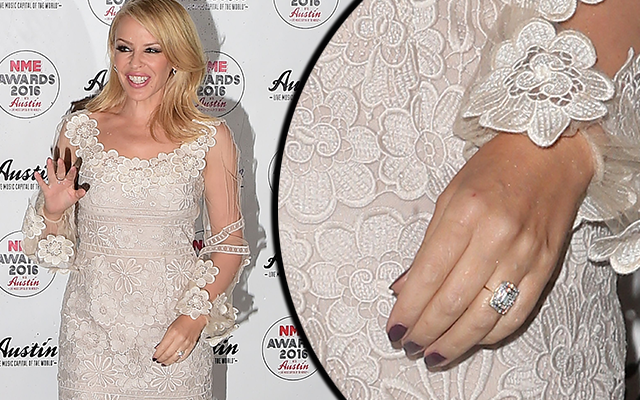 It read: “The engagement is announced between Joshua, son of the late Dominic Sasse and of Mary Heale (nee Macauley), of Herefordshire, and Kylie, eldest daughter of Ronald and Carol Minogue, of Melbourne, Australia.”

Minogue met her husband-to-be in September 2015 when she appeared as a guest on his show Galavant.

She has since spoken publicly about their romance, as well as appearing at showbiz events sporting a glittering jewel on her wedding finger.

At the NME Awards on Wednesday Sasse was reportedly overheard referring to the Australian singer as his fiancee.

In December the star was a castaway on BBC’s Desert Island Discs, when her lover surprised her with a reading of a love poem penned by his father, poet Dominic Sasse.

According to British newspaper The Sun, Sasse popped the question during the Christmas holiday period.