Mick Jagger has paid tribute to his late girlfriend L’wren Scott, as he marked what would have been the fashion designer’s 51st birthday.

The Rolling Stones frontman took to Twitter and posted a black and white photo of Scott seated in a chair.

He added the caption: “Remembering L’Wren on her birthday”.

The rocker and Scott were together for more than a decade until she was found dead at her New York City home last year.

Jagger cancelled a string of concerts in Australia and flew back to America to help plan his late girlfriend’s funeral arrangements. 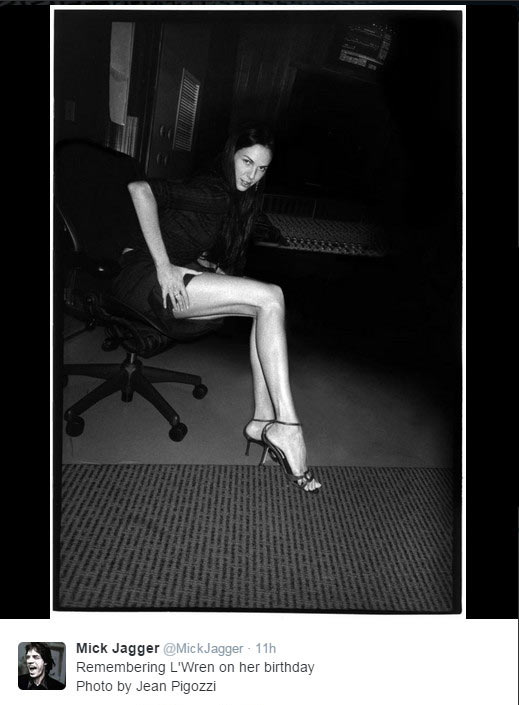