He won nine awards at last night’s AACTA Awards in Sydney, and is undoubtedly one of the biggest celebrities in the world.

But Sunrise reporter Edwina Bartholomew didn’t get quite the reception she had hoped for when interviewing Mel Gibson.

After introducing herself on the red carpet, the Hollywood heavyweight replied bluntly: “Who are you?” 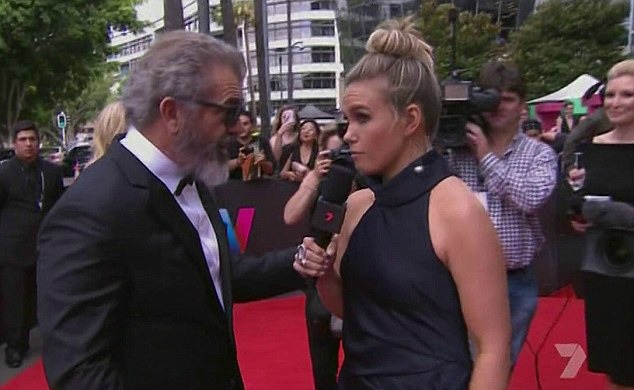 As if things weren’t already awkward enough, Edwina had misheard the actor’s question and replied: “I’m very, very well, how are you more to the point? You’re the man of the evening’”

Mel responded VERY directly, asking: “I’m good, I mean who are you?”

E: Hi. I’m Edwina. M: Hi. How are you? E: I’m well. M: No. Not how are you. Who the hell are you? The who is who and the who is not of Australian Film and Television on @sunriseon7 this morning #sun7 #aacta

Edwina had a second awkward encounter on the night, when she was snubbed by Geoffrey Rush after approaching him for an interview.

The Australian actor kept walking and even looked away when Edwina tried to introduce herself. 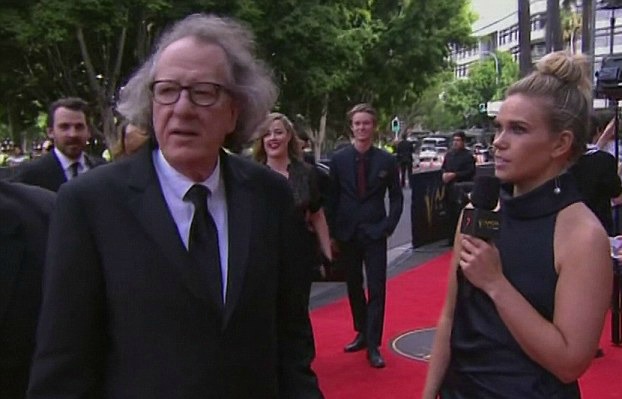 Despite being left rather red-faced on the evening, Edwina appeared to brush it off, writing on Instagram: “Just a regular afternoon… highlights include Mel Gibson asking who the hell I was, a protest involving sausages and meeting Pippa from Home and Away. All the best bits tomorrow on @sunriseon7.”

Just a regular afternoon with @jmoconfidential. We just gibbered on Facebook for 2 hours on the @aacta red carpet – highlights include Mel Gibson asking who the hell I was, a protest involving sausages and meeting Pippa from Home and Away. All the best bits tomorrow on @sunriseon7 and in @sydconfidential. Dress from @camillaandmarc

Mel Gibson just summed up what all of Australia is thinking…who the hell is Edwina Bartholomew..even she had trouble explaining it #AACTAs

The #AACTAs red carpet on Seven was brutal, but I just couldn’t look away. The background action was LOL worthy at times.

The Most Expensive Barbie and Ken Set Ever

Woman's Epic Response After Someone Disses Her Ring