It hasn’t taken Tziporah Malkah, formerly known as Kate Fischer, too long to show off her carefree personality to her new celebrity campmates, but not everyone’s impressed.

Former My Kitchen Rules villain, Ash Pollard, has blasted the model for showing no ‘decorum’ after going braless at the camp. James Packer’s ex set more tongues wagging after breaking into dance in an attempt to win ice-cream for the camp. 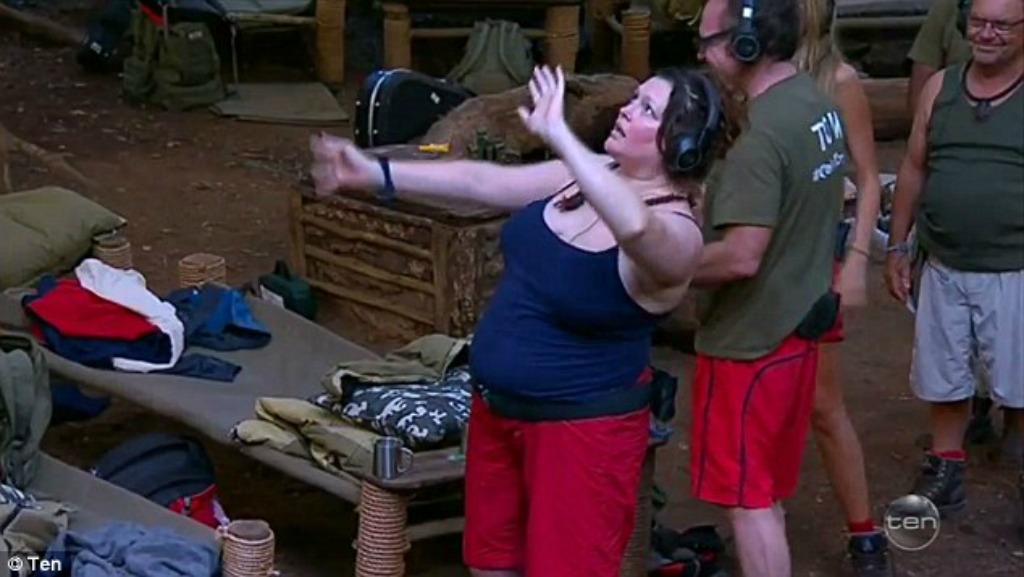 While the challenge didn’t require the celebrities to dance, Tziporah got into the music grooving along to the amusement of many. A bra probably wouldn’t go astray when dancing for ice cream, just saying!

Dane Swan later commented that he had never seen a woman dance for ice cream quite like that before.The former 90’s star’s actions were again under the microscope, when Ash criticised her public displays of devotion for Judaism. Tziporah converted to Judaism 7 years ago and chose to openly pray in front of the group.The former reality villain questioned why she couldn’t step out of camp like Nazeem Hussain did.

It doesn’t seem like she can do much right in the eyes of the other celebrities at the moment!