James Packer’s former fiancee Tziporah Malkah, formerly known as Kate Fischer, hit out at ex in a tell-all interview on The Project.

The former model and I’m A Celebrity…Get Me Out Of Here contestant was famously engaged to Packer in the late 1990s.

Appearing on The Project the 43-year-old said: ‘I hate talking about him, I hate being defined by him. I actually had done quite a lot of work and a lot of it was quite good and I had a very promising career’.

‘I feel like I was a bud snapped off the vine before I had the time to bloom.’ 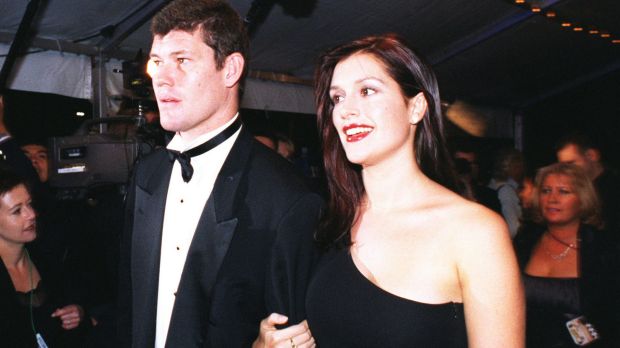 In the interview she admitted the model admitted the pair were so in love, they had planned their lives together, including how many children they would have and what their names would be.

However, things quickly turned sour. Watch the full interview above hear Fischer’s account of how Packer allegedly ‘turned on her’.