These days, you can buy your celery pre-cut, your mashed potato pre-mashed and your cakes, pre-baked.

Yep, we’ve officially become a lazy nation, as cooking and preparing food at home becomes less of a priority, supermarkets have needed to take measures to ensure it’s made as easy as possible for us.

Now, people believe it’s gone a step too far, with a supermarket chain in Thornhill, Ontario was selling avocado halves covered in clingfilm after being de-stoned and peeled, according to a report on the Daily Mail. 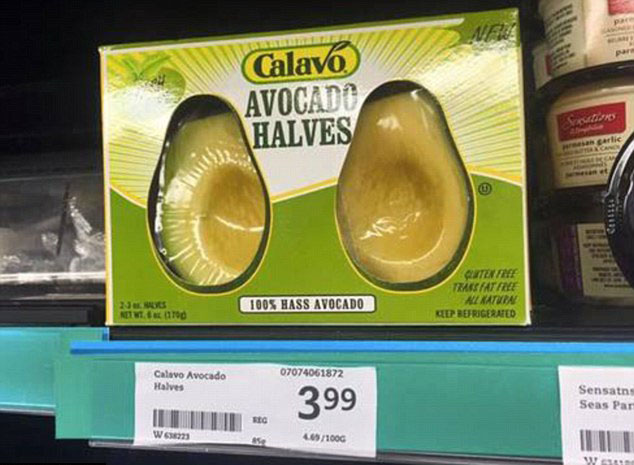 When faced with a complaint on Facebook, a spokesperson for Sobeys said the product was for people who ‘might be new to avocados’ and eliminates the ‘guesswork’ of peeling.

Christine Kizik‎ posted the photograph to the company’s page on Facebook, stating: ‘Surprised and disappointed after a friend posted a picture of an avocado for sale at his local Sobeys in Thornhill.

‘It’s been precut, then wrapped in plastic and cardboard. Avocado’s have their own perfect, compostable, wrapping. Adding packaging to an avocado is strange to say the least. ‘This is wasteful and I’m curious about the reasoning for Sobeys stocking avocado this way?’

The company responded, saying that the clingfilm was used to prevent the peeled avocado from ‘browning prior to consumption.’

One wrote: ‘Sobeys – It doesn’t look fresh or wholesome. It looks like a waste and a farce.

There is nothing “new” or “natural” about this product as the unnecessary and excessive packaging suggests.

‘How about a sticker or a little sign on the avocado section with some simple instructions on how to open an avocado for those new to this wonderful and naturally well-packaged fruit?

‘This is a shameful and ridiculous step backwards.’

Earlier this month, supermarket chain Wholefoods was criticised for selling peeled oranges in large plastic containers in their California store. 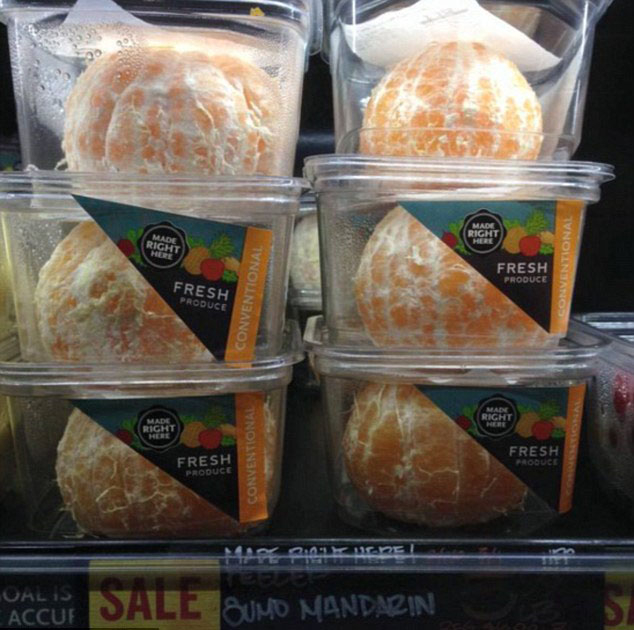 The packaging faux pas was spotted at Whole Foods store in California and posted on Reddit with the caption: ‘Are people really that lazy nowadays?’