A bizarre looking creature that looked like a cross between a giant snake and a croc was found washed up near a boatramp at Swansea on Lake Macquarie over the weekend.

Is this really the “Aussie Nessy” somehow related to the mythical Scottish creature? 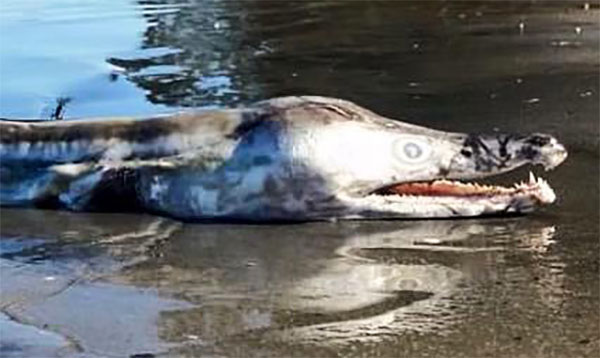 After creating a stir over the past few days it turns out the creature is in fact, simply a large pike eel.

“Judging by the size it is believed that the eel was mature and may have died from natural causes,” the spokesman said.

OK so we don’t have a water dwelling monster in Australia after all, wonder if anyone can track down our own version of the yeti instead???