Hugh Jackman has hinted he is retiring his role as superhero Wolverine by sharing a photo of himself wearing the character’s signature claws for “one last time”.

The Australian star took to Instagram to post a photo of his hands, with the right one holding the X-Men mutant’s iconic sharp claws, along with the caption, “Wolverine… one last time.”

Jackman has played Wolverine for the past 15 years, first taking on the role in 2000’s X-Men. He has reprised the part in seven films, including two stand-alone sequels.

Last year, Jackman also hinted the upcoming Wolverine 3 movie will most likely be his last, saying, “If I did another (Wolverine film), I’m 99.9 per cent sure it would be the last, so that will inform what it is for me.” 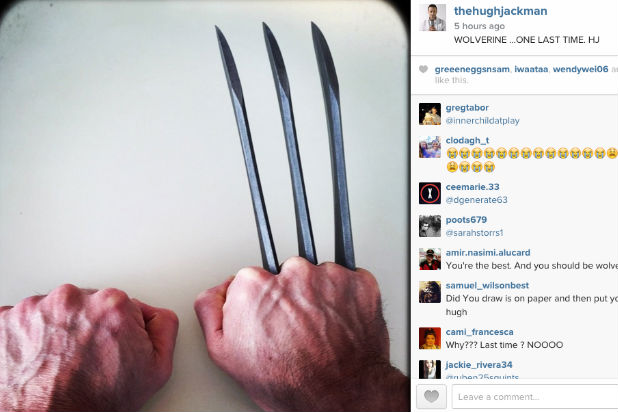