Liam Gallagher has hinted on Twitter that he might have buried the hatchet with his brother Noel.

He tweeted a picture of himself with a backstage pass around his neck to Noel Gallagher’s High Flying Birds’ Keep It Dangerous tour, writing “Keeping it in the family…LG x” on Saturday. 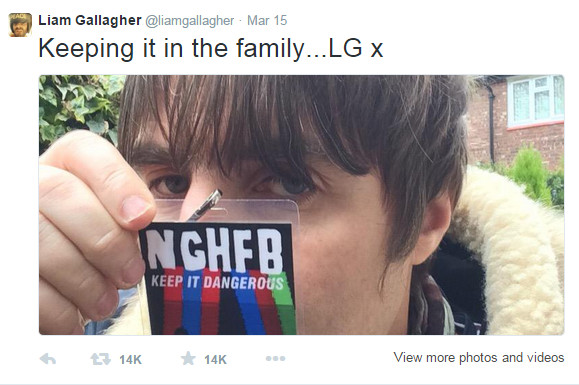 It was unclear if and where he joined the band at a concert.

The band played a gig in Milan, and last Tuesday it played the O2 Centre in London.

There was no reaction from Noel on Twitter to Liam’s olive branch.

Noel walked out of Oasis in 2009 after regular rows with Liam.

Last month, Noel told the Times that he has never had “one serious offer” to get his old band back together, but hinted that it was not off the table.