A young fur seal, nicknamed Elvis, has been released back into the wild after he was found all shook up on Sydney’s northern beaches following the brutal storms earlier this month.

Heavy rain and flash flooding lashed the NSW coastline with houses crumbling into the ocean at Collaroy Beach and a spike of young seals rocking and rolling in the surf.

‘Elvis’ the seal pup released back into the wild off Sydney Heads after being rescued during storms 2 weeks ago. https://t.co/ZpXaPJQe2t

“He’s one of the lucky ones,” Mr Vogelnest said after his release on Wednesday.

“He looked fantastic and alert in the water, so we can only hope he grows up to be a big, healthy seal.” 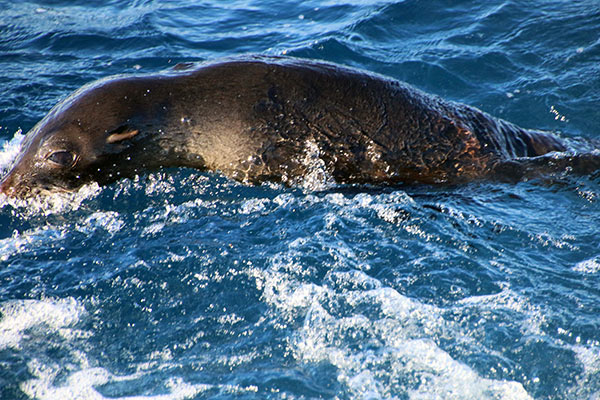 The 18-month-old long-nosed fur seal was given antibiotics and fluids and fed a diet of fresh fish, drawing his nickname from his tendency to shuffle on the hospital’s soft matting.

Shona Lorigan, vice president of marine rescue group ORRCA, said volunteers have already responded to 62 seal incidents in the area this year compared to 26 in the same period last year.

“Our belief is that this year’s large numbers are the result of a very successful pupping season in 2014-2015, combined with the huge storms earlier this month that really smashed the little seals around,” she said.

While we’re glad that Elvis is healthy and back in the water, is it wrong that we were hoping his return to the wild would look something more like this?

Mum Thought She Was Having Twins But Ended Up Flabbergasted

OPPS! Newsreader Caught Out on Her Phone

Ghostly Object Found in this photo from 1900!

Lock of Bowie's Hair Sells for More Than $18K