The family of the late Jon English have released a statement following the much loved singers shock passing last Wednesday night. 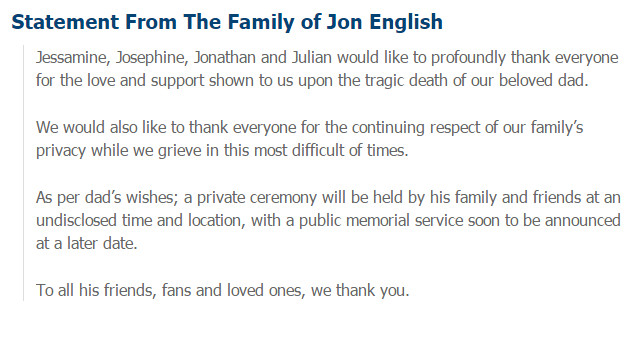 English passed away aged 66 from post operative complications after he was forced to postpone dates on a regional tour.

Fan’s of the singer have pushed the double album back into the top twenty which features his biggest hits including “Get Your Love Right” “Hollywood Seven” “Turn The Page” and more.