Liz, who is currently appearing in U.S. TV series The Royals, turned out for the Breast Cancer Research Foundation’s Hot Pink Party at a venue in Manhattan wearing a long, pale pink dress.

However, she suffered a fashion faux pas as she made her way into the event when she pulled the garment’s train forward and accidentally flashed her bare behind to photographers.

Other stars who turned out for the glitzy bash included Sir Elton John, Neil Patrick Harris and Tony Bennett, who gave a performance. The event helped raise nearly $7 million (£4.4 million) for charity. 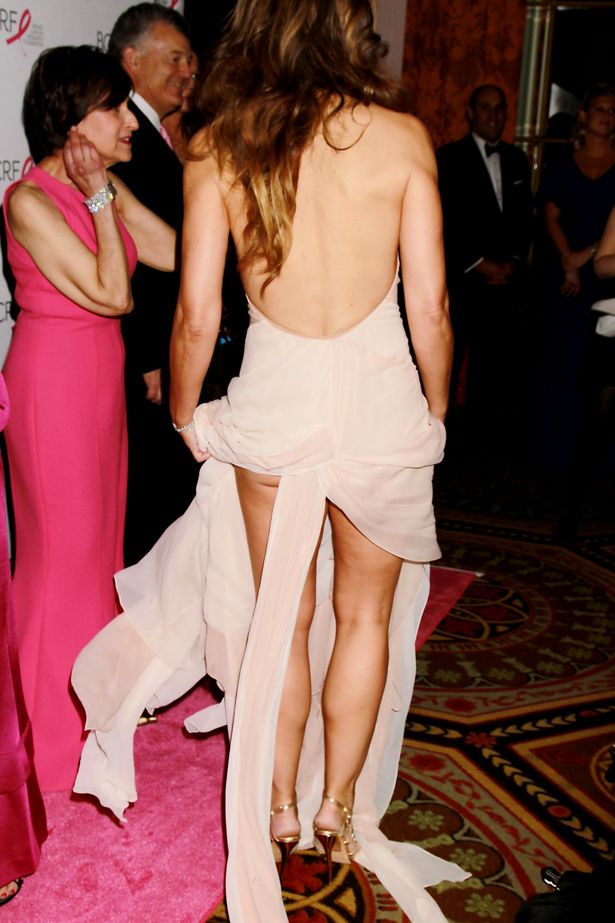