If you’re just waking up, this may be the first news you’ve received that Alan Rickman, the beloved Professor Snape and star of many other films, including Love Actually, Die Hard and Sense and Sensibility – has passed away.

He was fighting cancer and sadly lost his battle, aged just 69.

Now, tributes from across the world are flooding social media, including from some of his Harry Potter cast mates, who have expressed their devastation over the news.

There are no words to express how shocked and devastated I am to hear of Alan Rickman’s death. He was a magnificent actor & a wonderful man.

However, no message was more heartbreaking than the one from Daniel Radcliffe, who played Harry Potter, Professor Snape’s on-screen enemy.

Just make sure you have a few tissues ready… 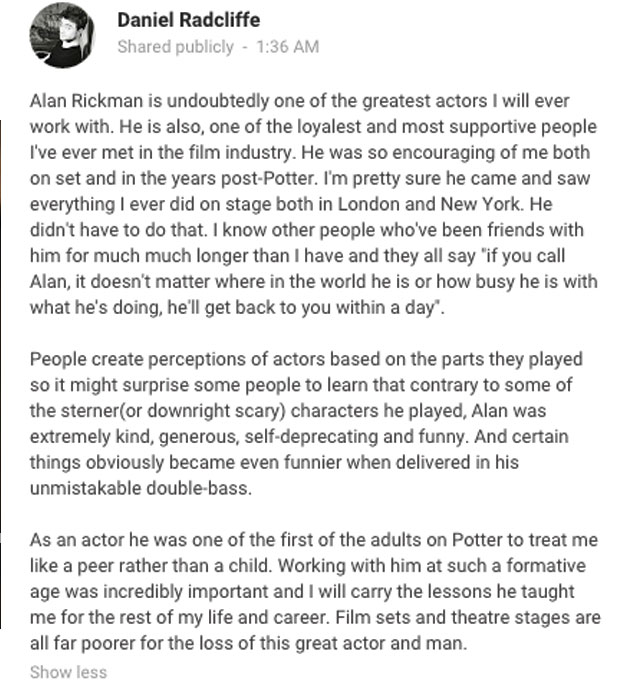 He then posted this photo and wrote: “I like this photo. It was taken, if I’m not mistaken, while rehearsing a scene where Alan clipped me and Rupert round the back of a head with a book.

We all, apparently, found this hard to do without laughing. – Dan” 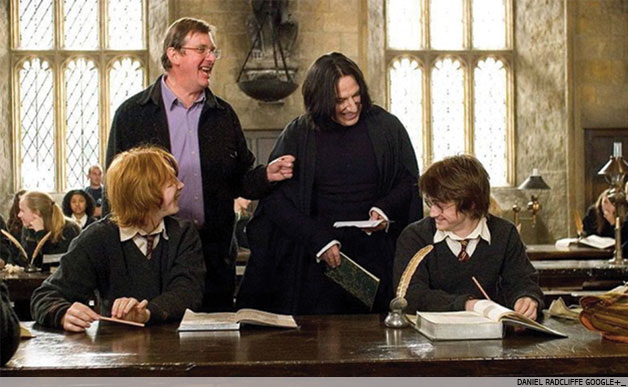