How great is this?

A construction worker on a building site in the US has set up a giant Wally (or Waldo as he’s called in the States) for the kids in a nearby hospital to try and find. 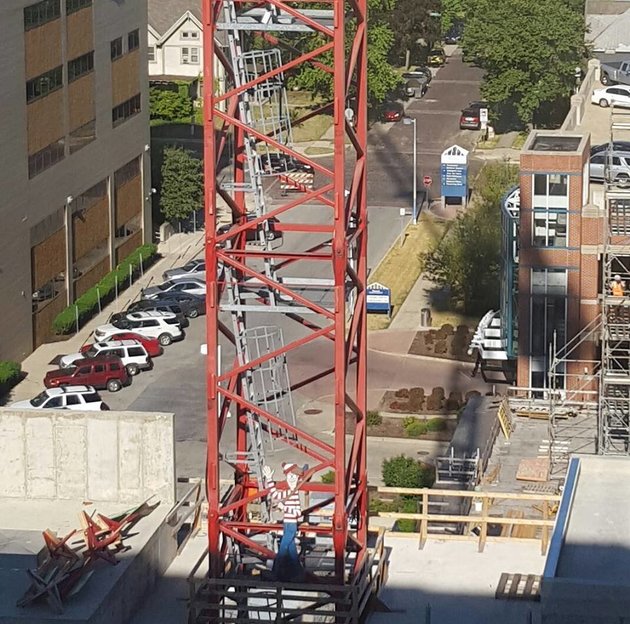 Jason Haney hand made a life-size version of Wally that he hides on the construction site every day, bringing joy to kids who are doing it tough.

Once Wally has been discovered, Haney is notified and he then moves the cut-out to another location.

The idea has proven so popular among patients and nurses alike in the hospital that a Facebook page has been set up for the kids to post their pictures of when they’ve found Wally. 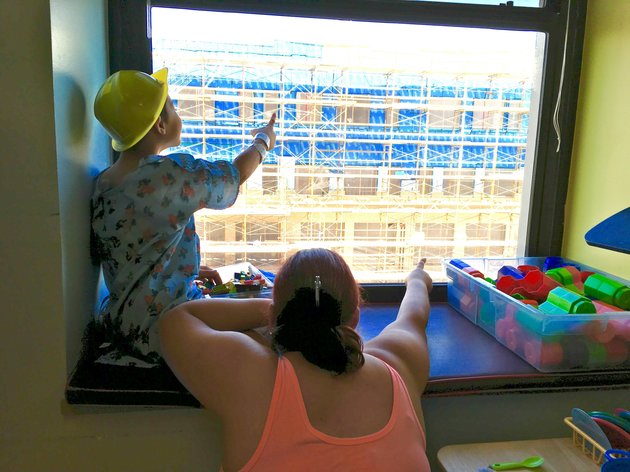 Haney is foreman on a site that is building an extension to the Memorial Children’s Hospital in Indiana, and got the idea after he and some co-workers put up a giant inflatable snowman for the kids over Christmas.

Another worker on the site suggested to Haney they put Wally up earlier this year.

“He came up to me, and was kind of joking around, and said, ‘Wouldn’t it be funny if there was a Waldo up here?’” Haney told HuffPost

“He’s eight-feet tall and a pain in the butt to move around sometimes,” Haney admitted. “He’s 50, 60 pounds and he’s awkward to carry. But it’s worth it for the kids.”

There's One Word You Should Never Use In An Argument

These Before & After Pics Of Adopted Animals Make Us Smile