A precious moment that must be seen to be believed, has been caught on camera.

Formerly conjoined twins, Jadon & Anias McDonald have looked each other in the eyes for the first time after a major surgical procedure to have the pair separated.

The incredibly adorable pic, came after the 22-hour surgery which doctors are saying they’re recovering from exceptionally ‘fast!’. 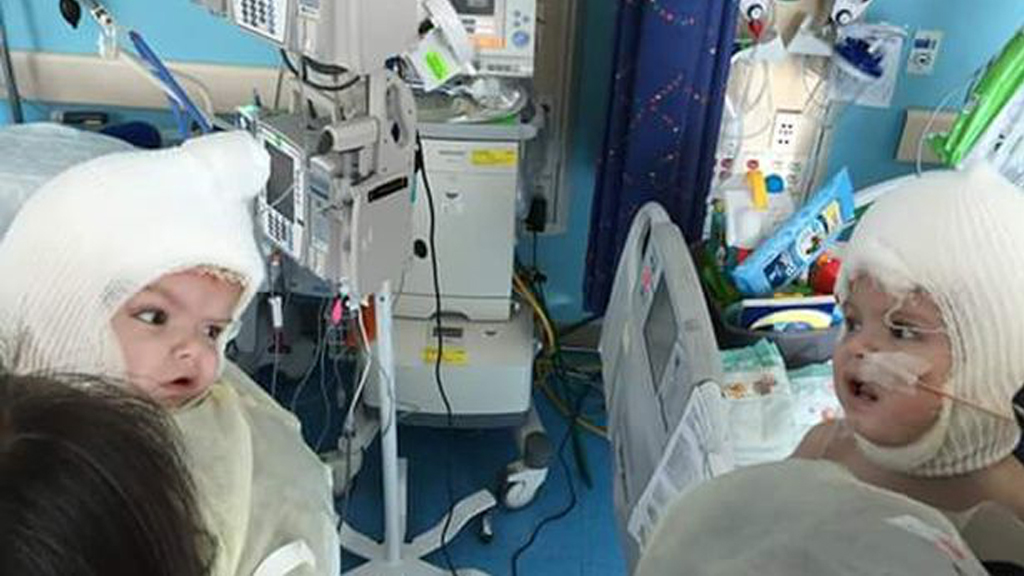 The 14-month-olds are pictured in the recovery room of Montefiore Medical Center in The Bronx. According to Hollywood Life, their mother, Nicole McDonald told CNN “It’s the most amazing thing. I just can’t even believe it,”

“And look at his little hair. On top, it’s growing in!”

Although more surgeries are still required, their happy ending is officially near.

“For over 13 months, I’ve dreamed of this moment,” Nicole wrote on Facebook after the surgery.

How precious are they!?

Huge Celeb Had Major Wardrobe Malfunction at The ARIAs

Why Thousands Of Adele Fans Had Tickets Cancelled