On Australian television’s night of nights it was pretty standard fare on Twitter until The Project host finally won gold.

It was fourth time lucky for Bickmore after four nominations in a row and she used her acceptance speech to ask Australia’s television community to help raise awareness of brain cancer.

Donning a blue beanie on stage, Bickmore asked Australians to put on a beanie and tweet a photo with hashtag #beaniesforbraincancer.

Twitter then lit up with tweets about Bickmore’s inspirational speech.

Bickmore’s husband Greg Lange died in 2010 after a 10-year battle with brain cancer.

“I know that people watch TV and they think that we are just faces who, you know, get to spend hours in hair and make-up and have these really awesome jobs but we also have our own stories and our own challenges,” Bickmore told the audience.

“Please believe that there will be a brighter day for you.” 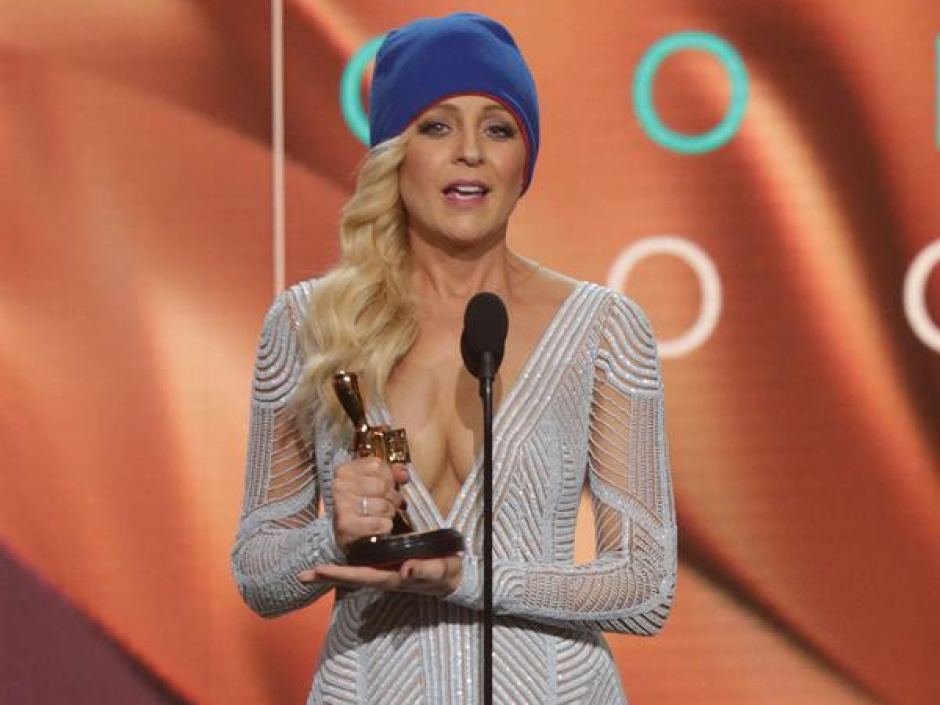 “To Chris, thank you for supporting me along the way and showing me that there can be sunshine at the end of a long road,” she said after her first Logie win of the night, wearing a beautiful ice blue Paolo Sebastian gown.

“So thank you and what a cute little human we’ve created together – she’s gorgeous.”