Think you’re smarter than a 14 year old? Well here’s a mind twister to challenge that assumption!

It’s the maths question aimed at 14 year olds that has stirred up the internet and sent people slightly bonkers.

Why you ask? Well it’s not quite as straight forward as you’d expect. 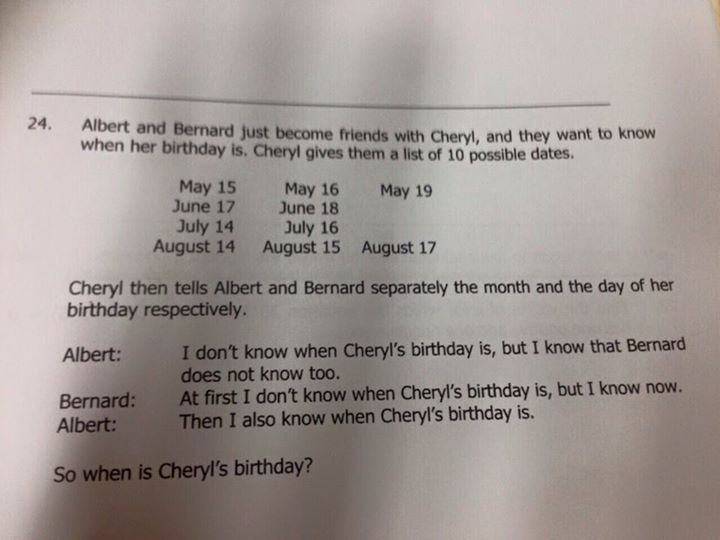 Taken from the Singapore and Asean Schools Math Olympiads, the question certainly had people confused on Facebook.

Still not sure of the answer yourself?

According to The Study Room here’s the solution:

Following that statement, Bernard knows that May and June are ruled out.

Since Albert subsequently can also be sure of the date, he must know it’s July. If it’s August, he can’t be sure as there is August 15 and 17.

Don’t worry, it left us scratching our heads too!