Ten years ago, Australians shared a collective moment of shock when Steve Irwin died after being pierced in the chest by a stingray barb.

Our love for The Crocodile Hunter and his family lives on. 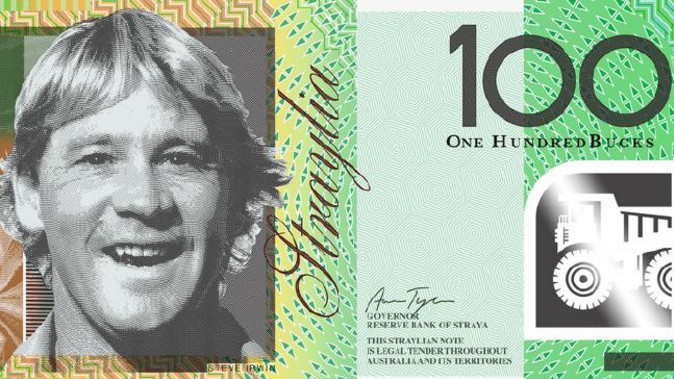 The petition asks Australians to band together to pay their respects to “the  greatest Australian bloke, Steve Irwin. Let’s make a change for something in the history of our country. It’s been ten years without the Aussie icon, and although he’s been recognised in many ways I’d imagine we could all support the idea of going one step further”.

Kyle’s petition currently has over 2,200 supporters.

According to the Courier Mail, Bindi Irwin is thrilled with the idea, saying “It is such an honour that Dad is being considered to be remembered forever on Australian currency. His legacy will continue to inspire us all, he truly changed the world,”

Do you think Australia is ready for STRAYA CASH?

You can help immortalise Steve by signing the Petition HERE

POPULAR: Karl Stefanovic doesn’t know how many chickens you need for 188 wings

You Must Hear Freddie Sing 'We Are The Champions' Acapella

We’ve Just Been Given A Sneak Peek At New Fifty Shades Book!

Is This New Maltesers Commercial A Bit Too Risque?