An American army captain has witnessed the birth of his quadruplets via FaceTime.

Tony Burch, 30, was posted in South Korea and used the app to watch his wife Mary Pat Burch give birth over 10,000 kilometres away in Illinois, USA.

“He could see the babies as they were taken to the warmers and he got the rundown on how they were doing and how much they weighed,” Mrs Burch said in a statement from the hospital. 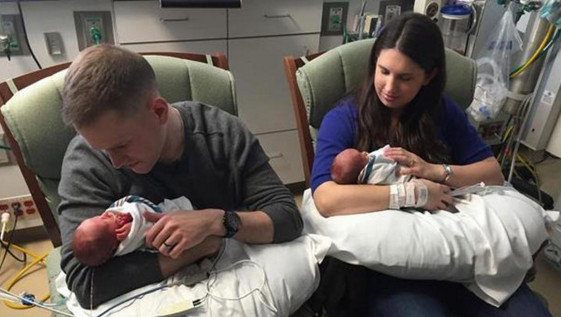 The pair already have a 23-month-old daughter named Alice when they were told they were expecting triplets in August last year.

A later ultrasound actually found another baby on the way.

“We wanted a big family, but we thought we’d be able to spread it out more,” Mrs Burch said.

A lot of planning went into the birth of the four babies, with 23 medical staff in the room as the last time the hospital delivered quadruplets was in March 2011. 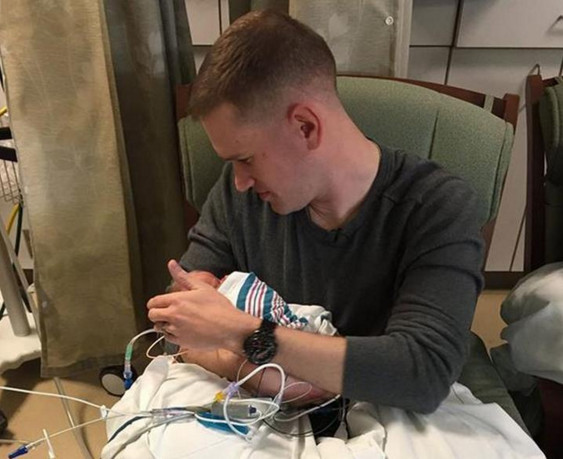 The father-of-five was able to return from duty to meet his new babies face-to-face four days later.

Tony is set to return permanently in June to be with his family.