Subway has been sued by two men from New Jersey, USA for selling footlong sandwiches that are less than the advertised length of 12 inches.

Back in 2013 controversy sparked when Australian man, Matt Corby, posted a now deleted photo to Subway showing a footlong next to a ruler.

Prepare to be outraged. The sandwich was only 11 inches long. 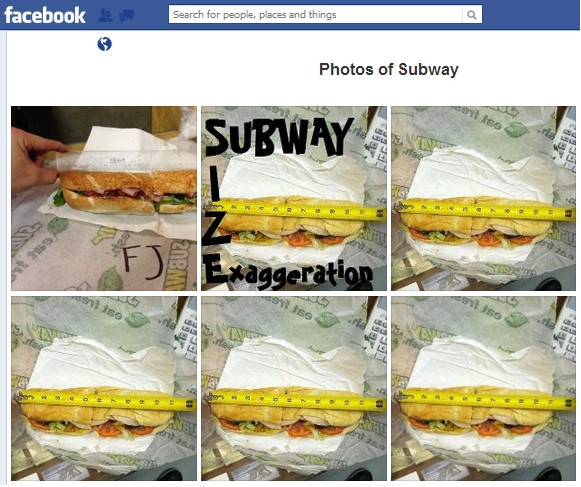 Furious Subway customers bombarded the company with complaints and questions over Facebook. To take it even further multiple Americans filed lawsuits against the company.

Subway has previously suggested the “footlong” was just a branding play, rather than a clear measurement fact. Mmm, no.

Subway is just inches (geddit?) away from settling a class action lawsuit that would include a $500 payout to each of the 10 disappointed customers involved in the suit.

They will also implement crucial reforms to guarantee its bread is worthy of the footlong title.

“We have already taken steps to ensure each guest receives the Footlong or six-inch sandwich they order,” Subway said in a statement, according to The Associated Press.

Well, now we can sleep at night!