In an attempt to bring closure to the coriander debate, Deliveroo has unintentionally ignited opinions and delivered hilariously dramatic comments from both sides of the fence!

Deliveroo’s poll over the weekend has revealed Australia is a nation divided over whether to love or hate coriander.

The results show that almost a quarter (24%) of Aussies HATE coriander, over 1 in 10 (12%) have NEVER tried coriander and that 83% describe the taste as Fresh, Citrusy, Flowery, Bitter and Soapy!

Other results from the survey showed that 40% of Millennials responded saying they love the herb, whereas only 26% of ‘Baby Boomers’ agree! Other comments came in as well with descriptions such as ‘Minty, but not minty fresh and ‘Taste like poison”!

The debate entered the bizarre realm when Anthony Wiggle, of The Wiggles, entered the fray on Instagram with: “I hate the devils poison”.

If you need some convincing about the devil’s poison, now’s your chance, with Deliveroo serving up insane coriander-infused dishes. These include a Lime & Coriander Milkshake, a pizza with a “secret” coriander twist and spicy chicken wings with a cooling coriander dipping sauce! 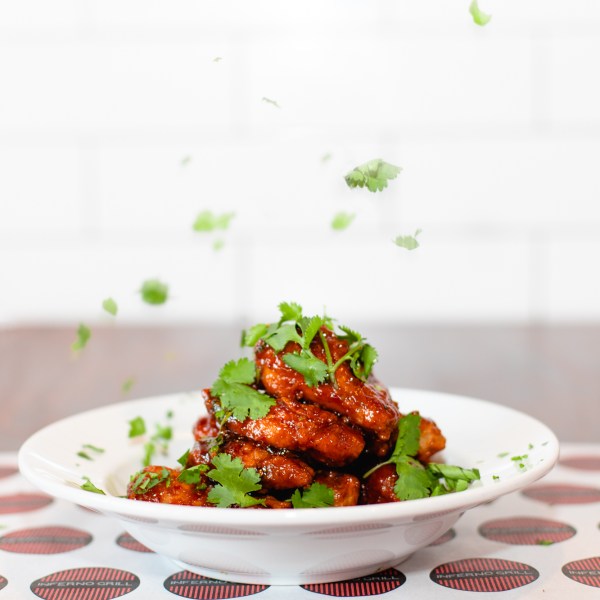 If you want to try one of these *unique* concoctions you can order yours this week on the Deliveroo app!

Missed Laurel Gary & Mark? Catch up by clicking play below and join us from 5:30AM every weekday!
coriander Coriander Debate deliveroo