Alex Perry is one of Australia’s most valuable exports.

His designer threads are well known around the world and he’s easily one of the most influential leaders in fashion.

Which is why people are very upset with the fact that one of his models took to the catwalk looking worryingly thin at the Virgin Australia Melbourne Fashion Festival (VAMFF).

Her legs looked to resemble twigs as she shuffled down the runway, shocking those watching on. 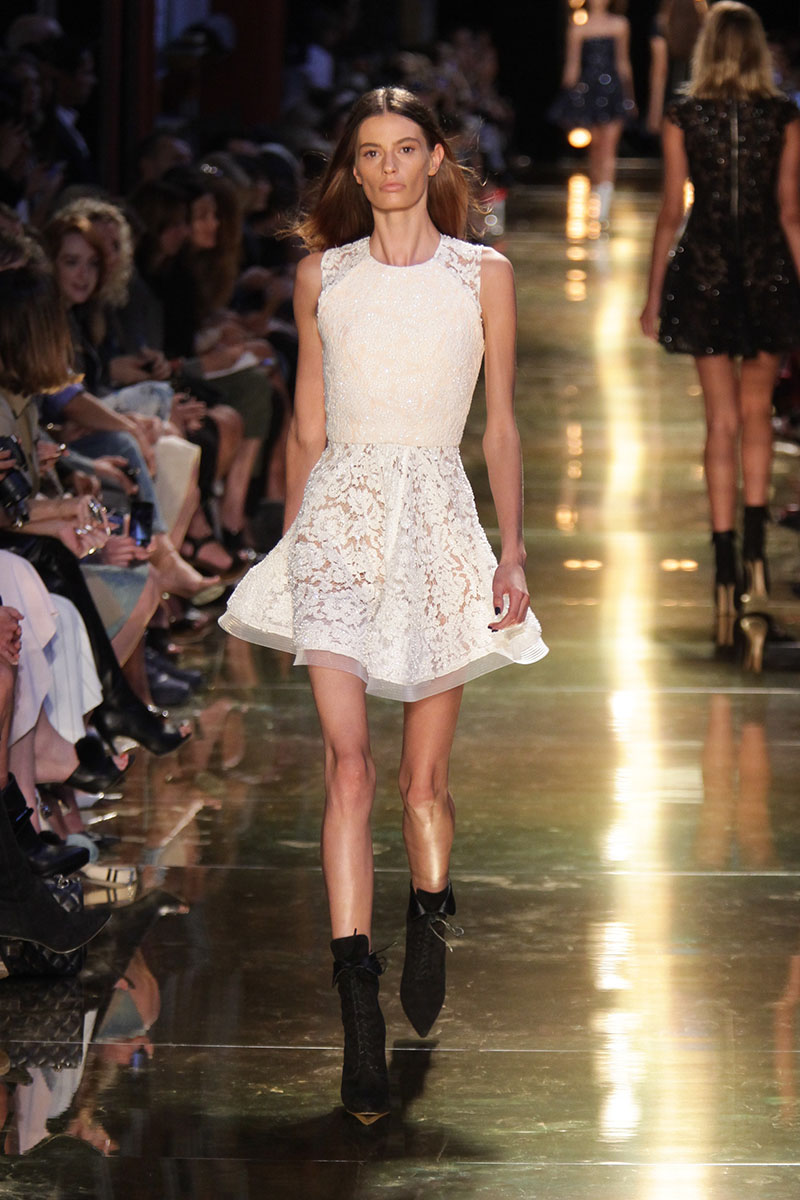 It is said that neither Alex Perry or MYER were involved in the casting of the show and Perry has now spoken out about the decision to cast a model that thin.

“Unfortunately, I don’t have anything to do with the casting at that event. In the past I cast a girl who was too thin and I stood up for myself. I knew that I made a mistake. But I had nothing to do with this,” Mr Perry told news.com.au.

“Whoever the casting director is, or the people who are involved with putting that show together, they need to put their hands up and say ‘This isn’t right’.

“Everybody has a responsibility. It’s up to the designers, the event organisers, the model’s agents. But everyone seems to get off scot-free. Like hang on, ‘Why are you promoting that girl?’ “If the girl never got out of the gates in the first place, we wouldn’t be having this conversation.”

He also called on other designers to take on the body image issue.

“They should be held accountable. Everyone sticks their heads in the sand, but every other designer books girls like that. Put your hand up and say something about it,” he said.