Move over Kim Kardashian, a toddler has just won the internet.

Footage of a one-year-old kissing himself in the mirror for 30 MINUTES has gone viral.

Dean Ochs from Ohio started smooching his own face after he became so mesmerised with his own reflection while visiting his grandmother’s house.

His mother said: “This the first-time Dean has been close enough to a mirror that he could kiss his own reflection.

“He was in the mirror for about 30 minutes playing peek a boo and kissing his reflection.

“I think he thought it was another baby but we just couldn’t stop laughing. 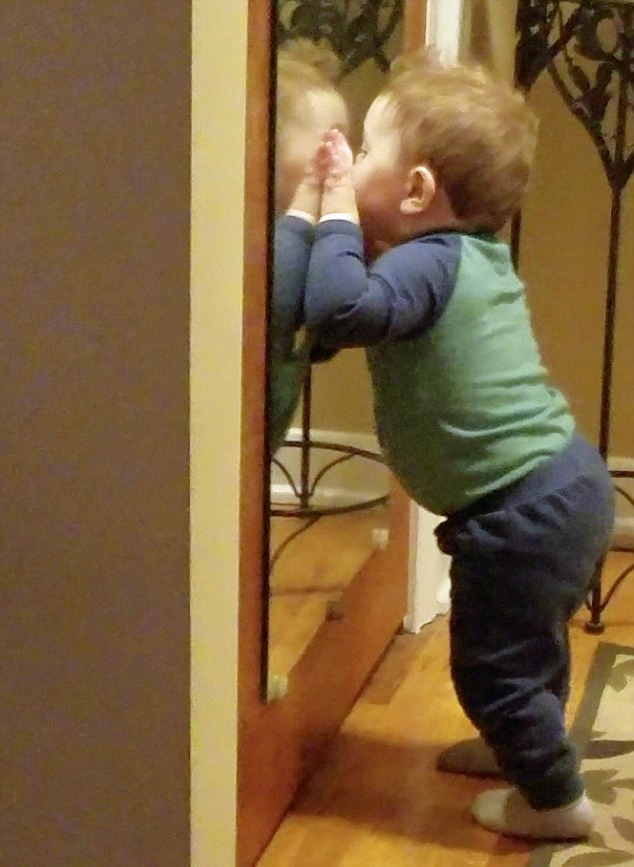 Lindsay’s hilarious home video was posted on December 1, and has already been shared hundreds of times.

One user summed up our exact thoughts with this comment: “If I was that cute I would probably kiss myself too!”

Jamie Oliver's Horrific Penis Incident Has Us All Squirming